Anthony DiChristofaro was born in Italy on December 22, 1920. His parents Guiseppe and Donata lived in Cheiti, in Abruzzi. Anthony was the older of two children. His father immigrated to the United States in 1921 and boarded with his brother-in-law, Guiseppe Ippolito.

Anthony immigrated in 1930 to live with his father and Uncle. He became a member of St. Joseph's Church. He and his cousin Peter became very close - Peter thought of Anthony as an older brother. Both knew the Marinelli brothers, James and Dominic, who lived a block from their home. Anthony is remembered as a personable and intelligent young man, a hard worker, and honest. A story Peter remembers illustrates Anthony's character: Anthony borrowed Pete's bicycle to go to the farm for two gallons of milk. He crashed and damaged the bike. Anthony walked back to the farm, purchased more milk and paid for a new wheel out of his own pocket.

Anthony attended Downingtown High School where he played varsity football, and was a member of the French Club. He was also a member of the Stagecraft Club. Anthony was very interested in astronomy and aeronautics. His hobbies included collecting and studying alphabets of the world. He graduated as the valedictorian of the class of 1941. 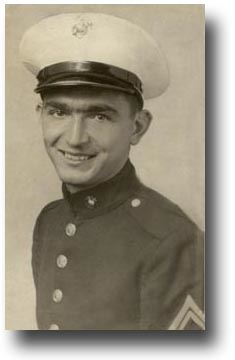 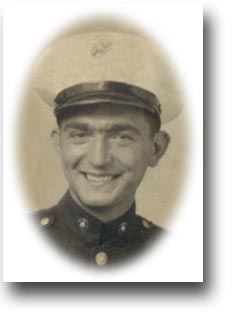 After graduation, Anthony worked for the Pennsylvania Railroad, and he enjoyed driving his father's 1939 Nash Sedan. He received a notice to return to Italy to serve in the Italian Army. Anthony refused, he was proud of his new country, and proud to be an American. After the attack on Pearl Harbor, he joined the Marine Corps on December 8th to defend his new country. His cousin Catherine remembers Anthony called upstairs to his Aunt Comare Mariett, asking her if he could borrow two dollars. She gave it two him, later learning he used it for the train ticket into Philadelphia to enlist. Anthony was sent to Parris Island, South Carolina for basic training training on January 10th 1942. He was then sent overseas to the south pacific to serve with the 1st Marine Division, as a sniper.  Anthony fought on Guadalcanal, in the Solomon Islands. After their victory, his division was sent to Australia for well-deserved rest, and additional training. Anthony wrote home that he loved the country, and met and fell in love with a young Australian, whom he planned to marry after the war.
After furlough, Anthony's division was sent to New Britain Island, the largest island of the Bismarck Archipelago, just off the coast from New Guinea. The Japanese had taken New Britain and landed on the larger New Guinea, in a step toward the invasion of Australia. It was during this operation that Anthony gave his life for his Country. Sargent DiChristofaro was Killed In Action on December 28, 1943. He was posthumously awarded the Purple Heart and the Navy Cross. The citation for the Navy Cross, signed by Secretary of the Navy James Forrestal for the President reads as follows:

"For extraordinary heroism while serving with the First Marine Division during operations against enemy Japanese forces on Cape Gloucester, New Britain Island, December 28, 1943. Voluntarily patrolling forward of our positions, Sergeant DiCristofaro penetrated the enemy lines, locating fortified enemy positions which he reported promptly to his Commanding Officer, thereby enabling our forces to register artillery on exact enemy positions and render them useless. Returning to the front lines, Sergeant DiCristofaro lost is life while attempting to silence an enemy machine gun. His aggressive fighting spirit, valiant self-sacrifice and stout-hearted devotion to duty were in keeping with the highest traditions of the United States naval Service. He gallantly gave his life for his country."


Anthony was buried on Bougainville in the Solomon Islands. He was later returned to his home county and buried in the Baltimore National Cemetery with full military honors. 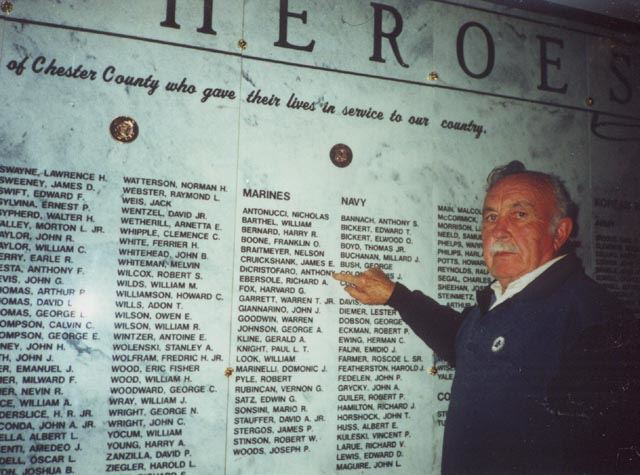 Cousin Pete served in the Navy during the war. Cousin Catherine stayed in touch with Tony's Marine friend Donald H. Paul who lives in Kentucky.