Frederick Harrison Wolfram Jr. was born September 16, 1918 to Frederick and Kathleen Richards Wolfram who lived in Bethlehem, Pennsylvania. Frederick was an only child. His father worked as a draftsman for an automobile company.

Frederick graduated from William Allen High School in 1934. Later on, Fredrick moved to Coatesville, where he and his wife, Jeanne M. Kirk lived.

Frederick entered service in the Army on August 4, 1943. He served with Troop C, 106th Calvary Regiment. The regiment was lightly armored and mobile for rapid deployment.

Private Frederick Harrison Wolfram Jr. was killed in action on November 23, 1944 in France. His unit, the 106th Cavalry Reconnaisance Squadron, was completely wiped out during an assault.

Fredrick was initially buried in France, but in 1948, his remains were returned to the United States on the SS St. Lawrence Victory.
He is buried at the Gettysburg National Cemetery. 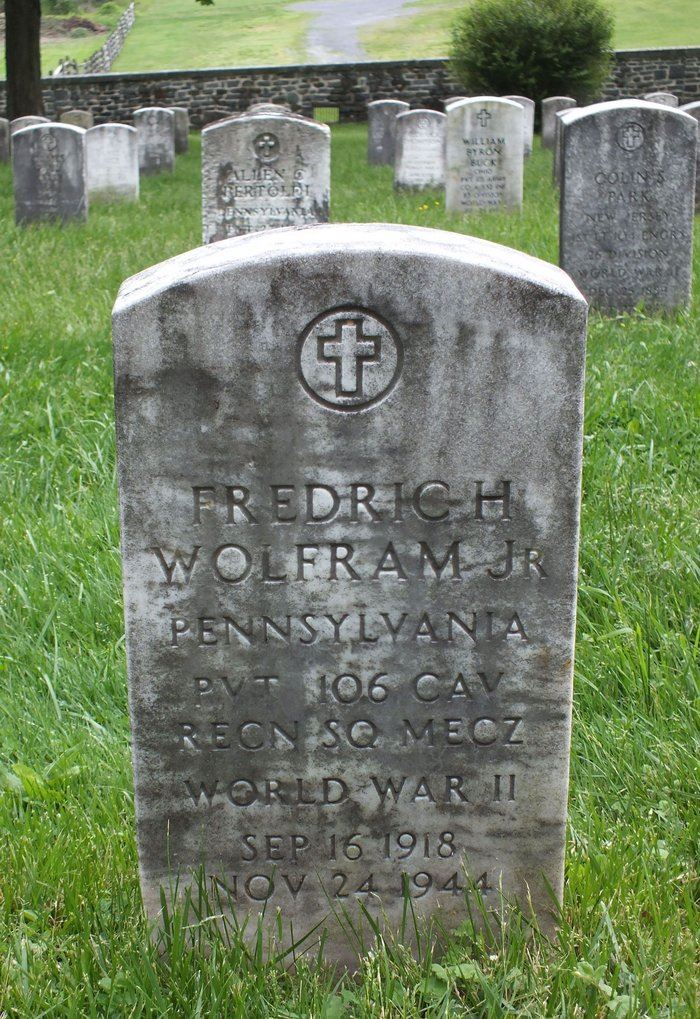