Calvin C. Thompson was born on April 26, 1926 to James “Texas” and Lillie May Thompson who lived in Lincoln University, Pennsylvania. His father, James, served in the Marines in World War I. Calvin was one of four sons.

Calvin enlisted in the Army in June, 1944. After basic and advanced training, he was sent to Europe. Calvin served in the renowned General Patton’s 3rd Army.

Private Calvin was wounded In action during the Battle of the Bulge on December 28th. He was taken to a French Hospital for treatment, but died of his wounds on December 30th.

Calvin was returned for burial in his home country. A service was held at the Presbyterian Church in New London on January 4, 1945 followed by burial with full military honors. 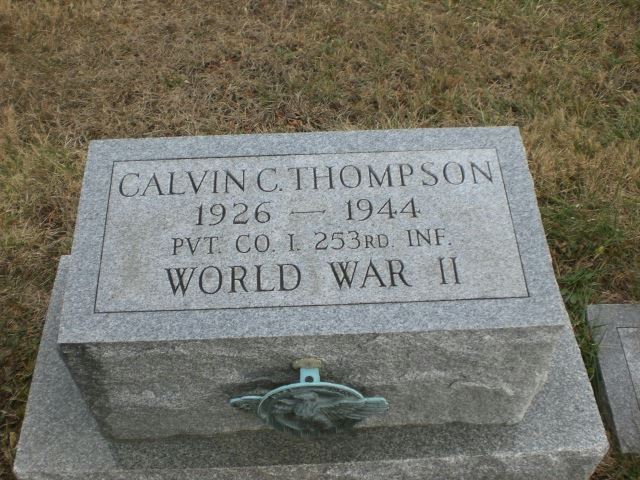