Wayne married Betty Elizabeth Hayhurst December 2, 1940 when he as 17 years old and Betty was 16.  Betty died during childbirth in a few months after they were married. .

Wayne moved to Coatesville in June 1942 where he worked at Lukens Steel Company.  He enlisted in the Army in October 9, 1943.

Wayne was assigned to the Canon Company, 143rd infantry regiment, of the 36 division. The 143rd fought in Salerno, Liri Valley, Anzio, and the Southern France Campaign to the bottleneck that formed Colmar Pocket resulting in the destruction and of the German 19th Army.

Private First Class Wayne Liggett Shipman was killed In action on December 14, 1944 by artillery fire in France. His body was found later and returned to home in 1953. He is buried in Mannngton, West Virginia. 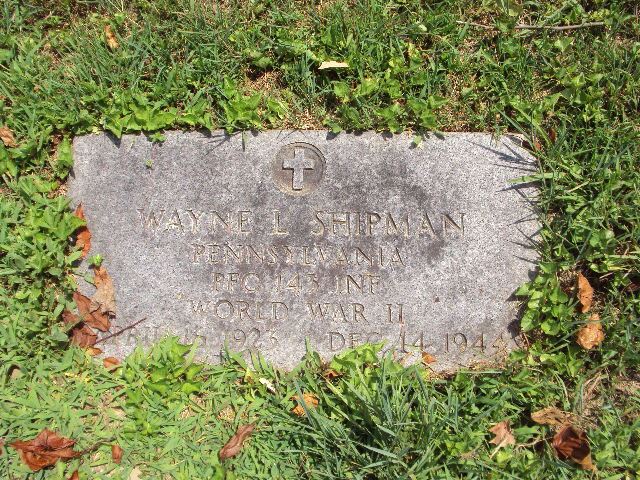