William Truman Schwinhart was born on July 7, 1925  to William and Dorothy Schwinhart who lived in Oxford, Pennsylvania. William was an only child. His father, William was president of a local bank. In the late 1920s, the family moved to Springfield, Delaware County.

William served with the 358th Infantry Regiment, 90th Infantry Division. The 358th was one of the first regiments to land at Utah Beach on D-Day in Normandy, France.

Private William Truman Schwinhart was killed in action on an island in the River Sever near Gromfreville, France. William was reported as missing in action. his body was recovered after the island was retaken.

William is buried and the Oxford Cemetery.  He was the first soldier to die in World War II from Oxford. 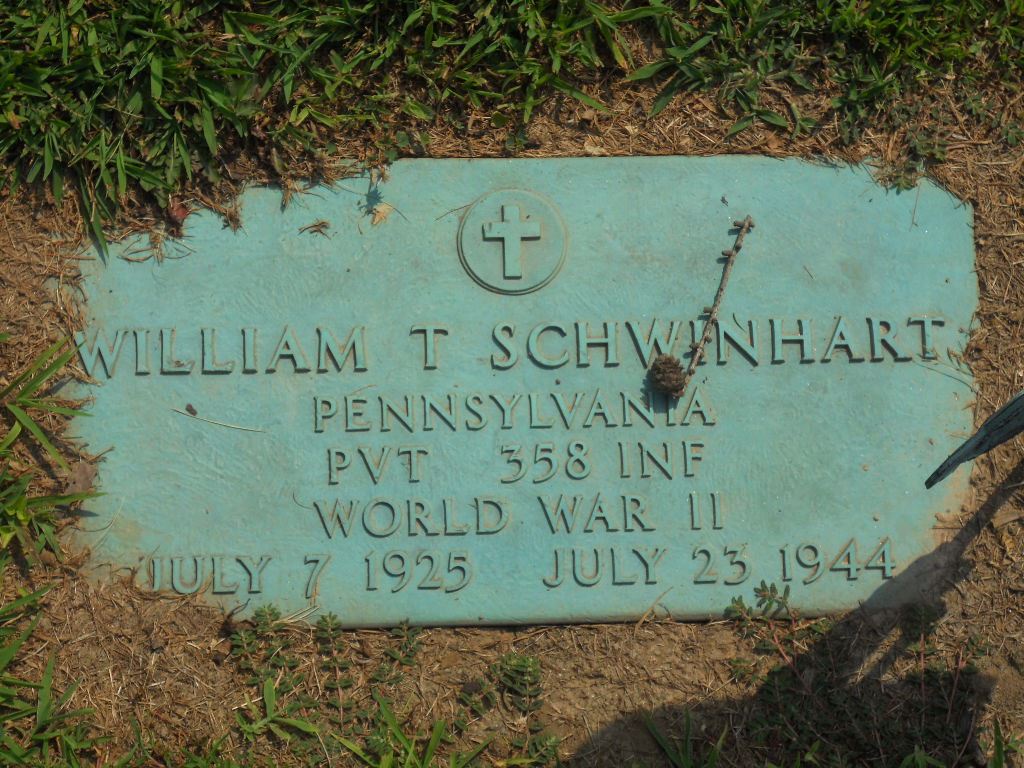