Donald Travis Renshaw was born on July 14, 1917 to Charles and Rose Renshaw who lived in Phoenixville, Pennsylvania. Donald was the youngest of three sons. His father worked as a clerk at Phoenixville Steel Company.

Donald graduated from Phoenixville High School in 1936. While in high school, he was in the Dramatic and Hi-Y clubs, served on the dance, and prom committees  and was on the yearbook staff. He was also on the football team  and the heavy weight wrestling championship team in his senior year. After graduation, Donald worked for F. DuPont Nemoirs Company in Buffalo, New York.

Donald enlisted in the Army Air Forces in January, 1942. He received training at Maxwell Field and Napler Fields in Alabama. In September, Donald passed his examination at the Riddle Aeronautical Institute, at Dorr Field, Florida, after which he Donald received his wings. In June, 1943. He was certified as  a command pilot of twin engined aircraft at George Field, Illinois and was trained to fly B-25 medium Mitchell Bombers. 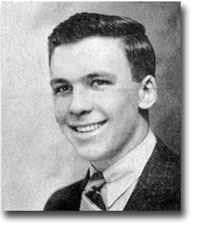 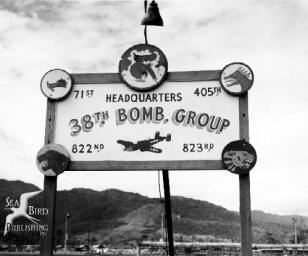 In September, Donald was sent to California, then to active combat duty in the Pacific Theater of Operations. He was assigned to the 823rd Bomber Squadron, 38th Bomber Group, Medium. The 823rd was activated in Australia in April, 1943 as part of the Fifth Air Force. They flew missions against the Japanese forces in New Guinea and the Bismarck Archipelago. In June, the squadron began the process of transferring to Durand Airdrome at Port Moresby, New Guinea, constructing facilities for the squadron. Donald’s Squadron began combat operations from New Guinea on October 15, 1943. Donald nornally wrote home twice a week. He wrote that he met a number of Phoenixville boys over there and was looking forward to reaching the 50 mission mark, upon which he would receive a furlough home.
In late January, two of the Squadron B-25’s flew to Australia -  one piloted by Donald. On January 27th they left Townsville, to rejoin their unit on New Guinea. Donald’s aircraft developed engine trouble so he turned back for repairs. He left the following day, on January 28th. His aircraft was never heard from again. On February 9, 1944, his parents received a telegram from the War Department, notifying them that Donald was missing in action. Lieutenant Donald Travis Renshaw was later listed as killed in action on January 28, 1944. His commanding officer, Captain Willmor L. Pavlich, wrote the following letter to his parents:

In the short time that he served under me, Lieutenant Renshaw grew each day in the respect and admiration of the entire command. His zeal in action, his extraordinary professional knowledge and the honesty of his character endeared him to all with whom he came in contact.

The entire command joins me in expressing to you our sincere and heartfelt sorrow. You may rest assured that the great work that he started will be continued and his name will live long within this organization. You may be infinitely proud of your son, as we all are.

The example of courage, friendliness and good sportsmanship which he set will always serve as a beacon to us. We are anxiously awaiting his possible return, If there is anything that I can do for you, please do not hesitate to call on me”

Public law 490, 77th Congress as amended necessitates a review and determination of the status of persons missing for 12 months. Accordingly, the family received a letter from Major General J. A. Ulio, which read in part:

Donald is remembered on the Tablets of the Missing in Action at the Manila American Cemetery in the Philippines.