Stephen R. Pasko was born on June 20, 1925 in Phoenixville. He was a member of Sacred Heart school and attended Phoenixville high school. He had four siblings. His entire family was very patriotic as evidenced by their dedication to duty. Their war involvement includes:

Before entering the service, Stephen was employed by  AP DeSanno and Son.

Stephen was inducted into the Army on November 23, 1943. He received basic training at Fort McClellan, Alabama. After training, he served with an infantry unit that was sent overseas in April, 1944.

Stephen's parents received a telegram in October that their son was killed in action in Italy on September 30, 1944. Funeral services for this 19 year old hero were held on November 18, 1948 in Phoenixville. Stephen was laid to rest at the Sacred Heart Cemetery. 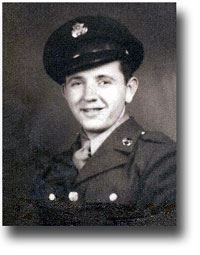