Charles F. Morris was born on December 17, 1922 to Daniel and Edith Morris who lived in Malvern. He was the second of five children.

Charles graduated from the Tredyffrin Easttown High School in 1940. He was in the model airplane club and All-State orchestra.

Charles entered service in the Army on April 10, 1944. He received basic training at Camp Wheeler, Georgia and was sent overseas to the European Theater of Operations on October 15th.

Charles was assigned to the 157th Infantry Regiment, 45th Infantry Division. The 157th saw heavy action in Italy in 1944 and was pulled out for training and rest for deployment in Southern France from June 4th to August 15th. The regiment encountered stiff resistance but advanced rapidly across France to the German border.

Private Charles F. Morris was Killed In Action in France on November 30th. He is buried at the Lorraine American Cemetery in St. Avoid, France.

Both of his brothers also served and survived the war. Walter served in the South Pacific, and Daniel served in the Merchant Marines. 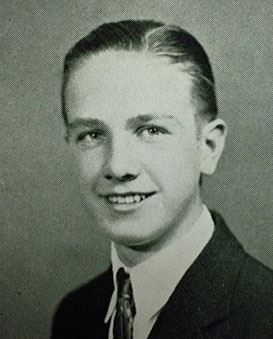