Andrew Miskiv was born on December 4, 1919 to Mr. and Mrs. Peter Miskiv and grew up in Phoenixville, Pennsylvania. He was one of seven children. His parents both died at an early age. After attending Phoenixville High School he worked for the Parsons and Baker Company.

Andrew entered service in the Army in early 1942. After basic training, he was assigned to serve with a medical unit – the 38th General Hospital. The 38th was sent overseas to North Africa in late 1942.

Private Andrew Miskiv died non battle in an aircraft crash on February 23, 1943. His sister received notification on April 6th that he was missing in action. On April 13th she received word that her brother was killed in an aircraft crash in the Middle East, but no further details were given.

He is buried at the North African American Cemetery in Carthage, Tunisia.

His brother George also served during the War. 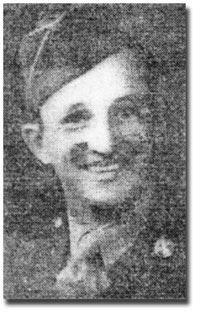