Louis August Magala was born on October 8, 1922 to Emerick and Julia Rusnak Magala who lived in Coatesville. He was one of four children.

Louis went to high school for a year but left to find employment to help support the family. He entered service in the Army on December 1, 1942.

The following is taken from an article in the Coatesville Record from August, 1944:


Louis … ‘was slightly wounded’ in France on July 25, according to a telegram just received from the War Department by the young man’s father.

Almost at the same time Mr. Magala received a letter for his son which indicated that the telegram did not tell the whole story. The additional fact is the Pfc. Magala had a very narrow escape from being killed when a piece of shrapnel hit his helmet and went right through it and grazed his cheek.

The telegram merely said that Pfc. Magala had been slightly wounded in action in France on July 25.  His letter, which was written for him by a buddy in the hospital, set forth that a piece of shrapnel hit him in the right hand causing a long cut which will prevent him from using it for some time.

He also said that a piece of shrapnel hit him in the shoulder, but did not hit any vital parts. Both wounds are healing nicely and he says he is able to walk to mess. He said that he expects to be fully recovered and back in the lines within a short time.


Private First Class Louis Augustine Magala was killed in action on December 11, 1944 in France.  He was buried at a cemetery in France, but in 1949 he was brought home for reburial at Saint Stanislaus Cemetery in Coatesville. 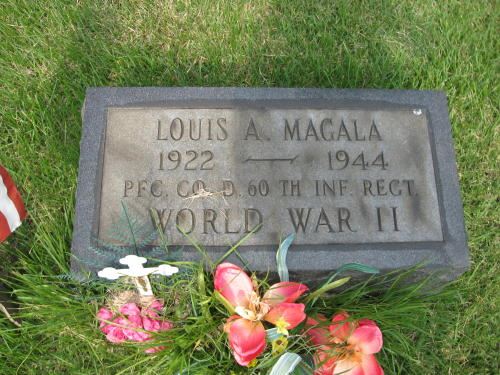 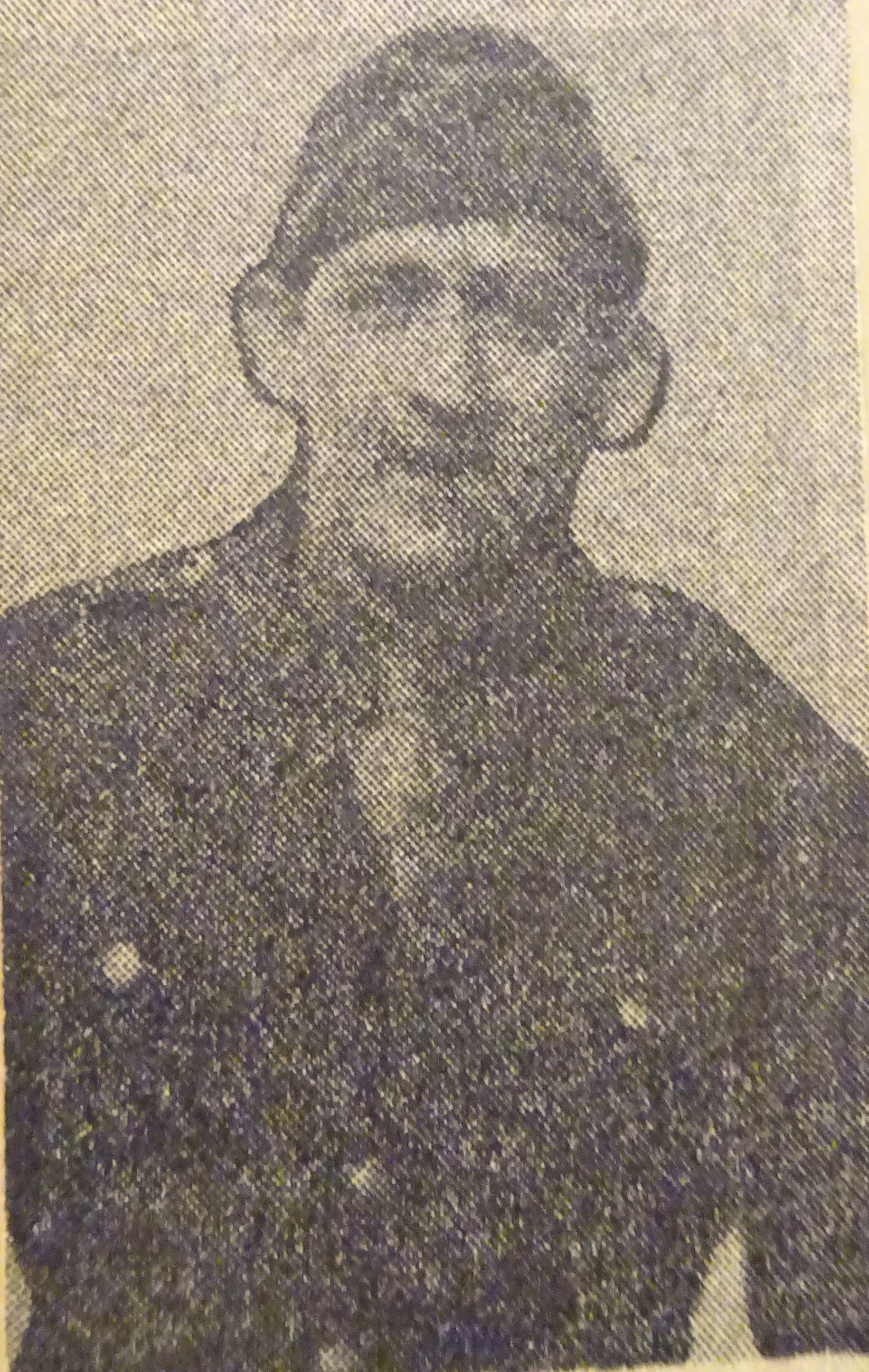