HHarry P. Leuchak was born on August 29, 1919 to Peter and  Tillie Leuchak, of Chester Springs. His father was a teacher.

Harry graduated from Phoenixville High School in 1937. He helped out on his father’s farm prior to entering the service.

Harry Leuchak was killed on March 12, 1945 on Mindanao, Philippines. He was awarded the Purple Heart posthumously. His remains were placed in a temporary military cemetery in the South Pacific before being shipped to his home country in 1948.

Funeral services were held on September 4, 1948. Interment was at the Highland Memorial Cemetery in Pottstown, PA. 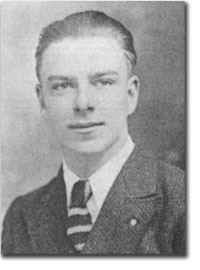