Anthony Stanley Kozak was born on August 18, 1918 to Joseph and Kozak, who lived in the city of Chester, Pennsylvania. His father was born in Poland and immigrated in 1907. He worked as a chipper in a steel plant. Anthony was the youngest of six children.

Anthony served with the 20th Armored Infantry Battalion, 10th Armored Division as part of Patton's Third Army. The 10th armored division fought across France and was part of the rescue force relieving Bastogne at the Battle of the Bulge.

Private Anthony Stanley Kozak was killed in action on March 6, 1945 in Germany. He is buried at the Luxembourg American Cemetery. 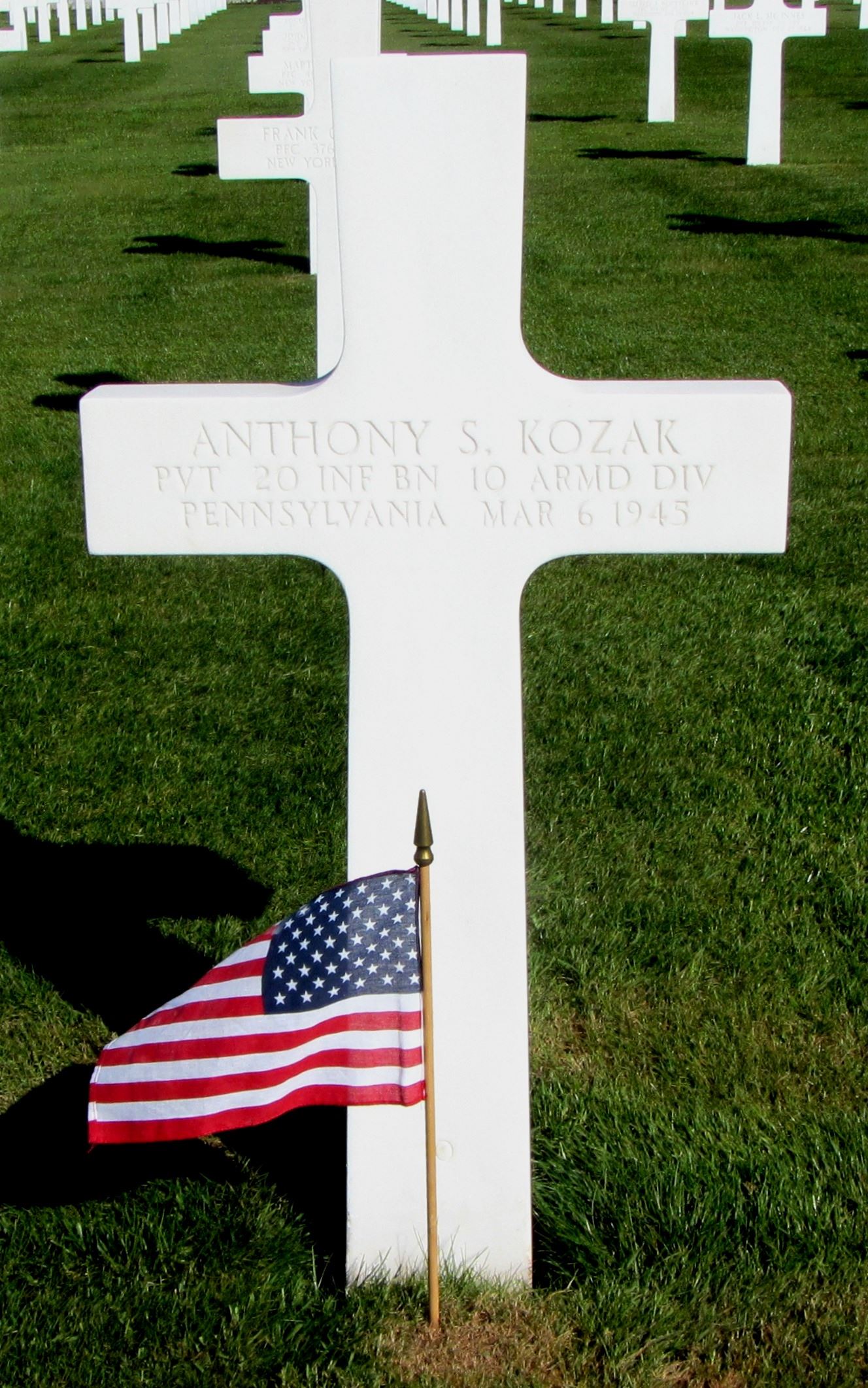