Robert B. Knight was born in 1921 in Philadelphia. He and his brother, William, were foster children. at the home of Eleanor Lyons of Grove, Pennsylvania. Robert attended the United Holiness Church with his foster mother, located in West Chester.

Robert enlisted in the Army in August, 1941.  After basic training he was attached to Company F, 366th Infantry Regiment  The 366th was activated in 1940 and was an all African American (segregated) unit of the US Army. The U.S. military did not desegregate until after World War II.

On June 10, 1942, Private Robert B. Knight died in a non-battle incident in Maine. He was accidentally killed by a train while patrolling a bridge over the Mattawaumbeag River. His body was returned to West Chester for burial on June 14th, escorted by Corporal E. H. Williams. Funeral Services were held on June 16,1942 at the Robert M. Day Funeral Home. He was buried with full military honors at the National Cemetery for Soldiers in Philadelphia. 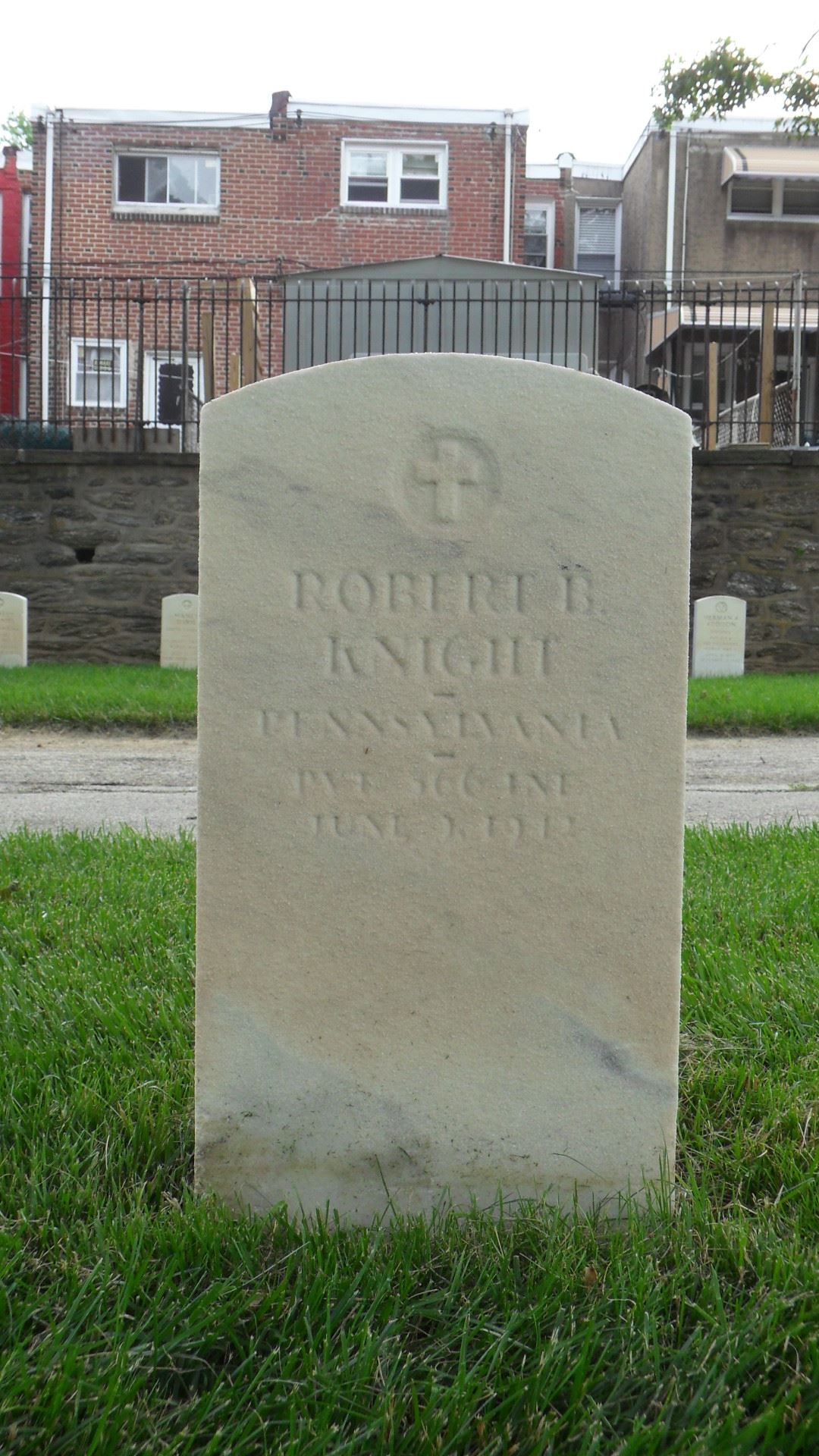