Samuel J. Killinger was born in 1919 to William and Matilda Killinger of West Sadsbury Township. Previous to entering the service, he was employed by the Pennsylvania Department of Highways.

He entered the army in March, 1941, and attended training at Indiantown Gap, the Carolinas, Texas, and Georgia. He was sent overseas in July, 1943 and saw service in Italy, France, Belgium, and Germany as a member of Troop B, Sixth Cavalry. According to information, which reached the family, Pvt. Killinger and two other American soldiers were ambushed by a group of Nazi SS troops during an attack on the German lines at Langenhassen, Germany. He was 26 years of age at the time of his death on April 16, 1945. His body was later interred at the American military cemetery at Eisenbach, Germany.

A memorial service was held stateside on June 17, 1945. In 1949 his body was moved to its final resting place in St. John’s Episcopal Cemetery, Compass, Pennsylvania. Both the American Legion and the Veterans of Foreign Wars participated in this ceremony that included full military honors. 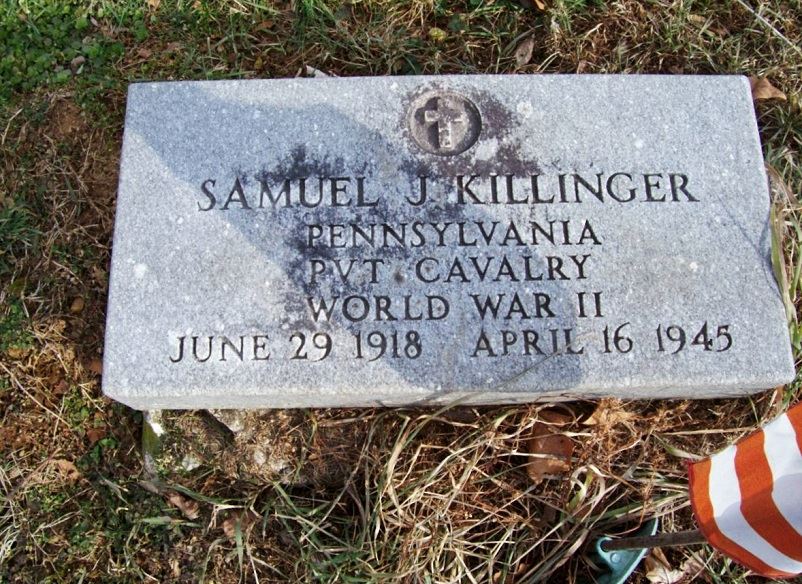