Oscar Levi Ibach was born on March 3, 1912 to Oscar and Elizabeth McCalicher Ibach who lived in Harmonyville, Pennsylvania, a small community in Warwick Township, south of Pottstown. His father had various jobs, later became a police officer in Reading. His mother worked at a cardboard manufacturing company in Pottstown. Oscar was one of three children.

Oscar played on the Knauertown baseball team in the local league and also enjoyed boxing. He was a member of the Harmonyville Baptist Church, and worked at the Spicer Manufacturing Company in Pottstown. Spicer made castings for artillery shells during the war. Oscar was known as easy going and likeable.

In 1938, Oscar married Emeline Rau. They moved to Birdsboro and had two children: Patricia and Jeffery.

Oscar entered service in the Army on December 2, 1943. He received training at Fort McClellan, Alabama, and Camp Shelby, Mississippi. He was assigned to serve with Company B, 259th Infantry Regiment, 65th Division.

The 65th Infantry Division was established in August 1943 at Camp Shelby. After additional training, the Division was sent to Camp Shanks, New York for assembly for transport overseas to the European Theater. Oscar’s Division embarked at New York, New York on January 10, 1945 and arrived at Le Havre, France on January 21st.

From France the 65th moved to Germany and relieved the 26th Infantry Division at their bridgehead on the Saar River near Orscholz on March 9th. The Division then crossed the Saar River clearing German Defenders. Oscar’s 259th Regiment moved to take the German town of Fraulautern on March 18th.

Private First Class Oscar Levi Ibach was Killed In Action on March 20, 1945 near Saurlautern. Details of his death are not known. He was buried at an American Military Cemetery in Luxemburg. Oscar was disinterred in 1945 to be returned to his home country at the family’s request. Services were held at the Raymond Mhors Funeral Home, and at St. Mark’s Lutheran Church in Birdsboro, with interment at Mt. Carmel Cemetery in Harmonyville with full military honors. 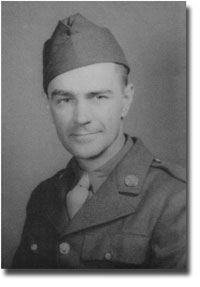 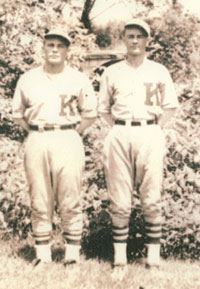