Joseph R. Husti was born on March 9, 1913 to Joseph and Anna Husti, who lived in Tuscarora, Pennsylvania. He was the oldest of three children. His parents immigrated from Czechoslovakia.

Joseph only had a grammar school education. On September 22, 1935, he  married Mary Michalina Ruseskas, and moved to Luzerne County where they started a family. Mary gave birth to a daughter, Beatrice.

At some point, Joseph and his family moved to Chester County.

Private First Class Joseph R. Husti died non battle on January 17, 1945 and was buried at Saint Andre Evreux, in France. He was brought home for reburial in 1948 to the Beverly National Cemetery in New Jersey. 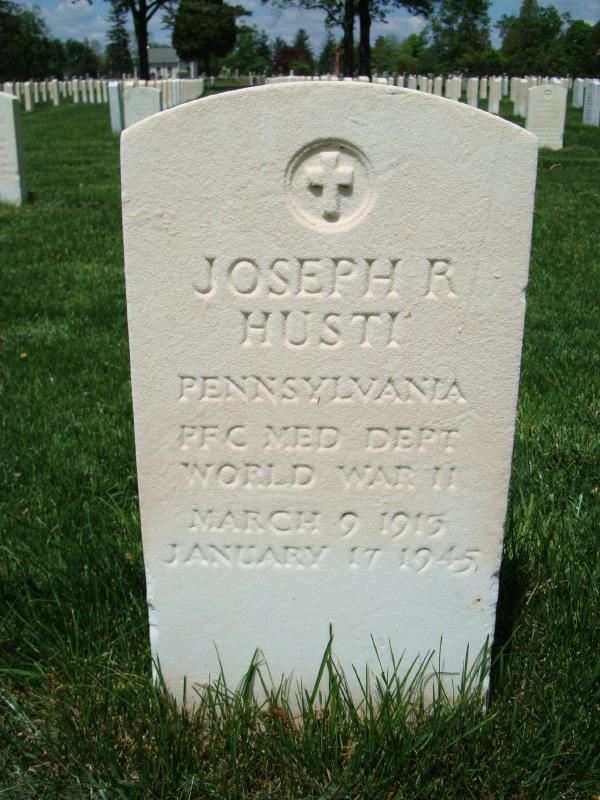