William Charles Hoyer was born on February 15, 1922 to George and Helen Hoyer who lived in Parkesburg, Pennsylvania. William was the second of three children. His father was a chemist at a steel mill.

William attended the local schools and was a member of the Parkesburg Methodist Church.

William joined the Army on March 2, 1942. He received training at Camp Croft, South Carolina, Fort Leonard Wood, Missouri, and participated in desert maneuvers in Arizona. William was sent overseas to the European Theater of Operations in February, 1944. He served with Company G, 13th Infantry Regiment, 8th. Infantry Division. The Regiment trained in England for the liberation of Europe. The Regiment went ashore in Normandy in July, 1944, fighting through the hedgerows of France. In July they led the drive to the Aa River, and in September they participated in the drive on Brest. It was in this drive (although in a different unit) that Sherwood Hallman won the Medal of Honor (which he received posthumously).

Private first class William C. Hoyer was killed in action September 1, 1944 in France. A memorial service was conducted on September 8, 1944 at the Methodist Church in Parkesburg. After the war, in 1948, his body was returned home for burial. He was buried with full military honors at the Upper Octorara Cemetery. 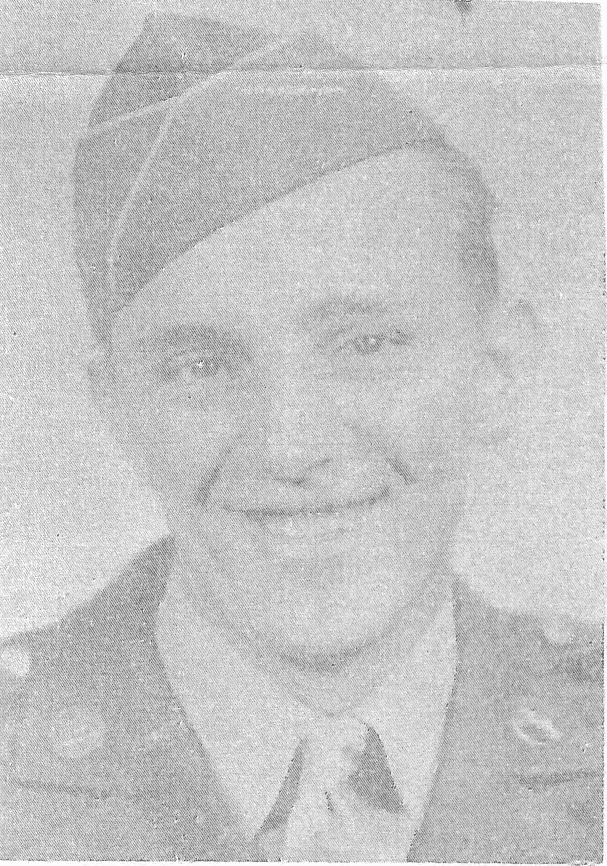 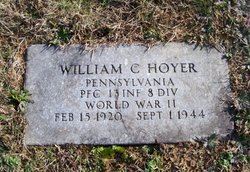