Paul H. Howett was born on November 6, 1922 to John and Violet Howett who lived in East Fallowfield, Pennsylvania. Paul was an only child.

Paul married Edna Boyer of Brandamore. They resided in Mortonville after their marriage, and both found employment with Lukens Steel in Coatesville.

Paul was shipped overseas to the European Theater of Operations in August, 1944. He was assigned to serve with the 23rd Infantry regiment, of the 2nd Infantry Division.

The 2nd Infantry Division landed on Bloody Omaha Beach in Normandy on D+1 (June 7th) and fought through the hedgerows of France. They joined in the battle to recapture Brest, France which was liberated on September 18th.

Private Paul H. Howett was Killed In Action on September 14, 1944 in France. His wife, Edna, received the telegram announcing the death of her husband on October 16, 1944. She had recently received a letter from Paul dated September 14, the day of his death. Paul is buried at the Brittany American Cemetery at St. James, France.

His cousins, Leo Patton and Clarence Patton were also killed in the war. 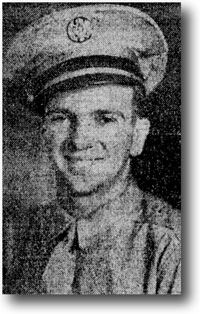