Malcolm McIntyre Hilton was born April 11, 1919 to William and Elva Hilton who lived in Little Britain, Lancaster County, Pennsylvania.  Malcolm was the youngest of three children. His father was a farmer.

Malcolm entered the Army on November 10, 1942. He was trained at Fort Maxey and Camp Swift, both in Texas. He was sent overseas in September, 1944. 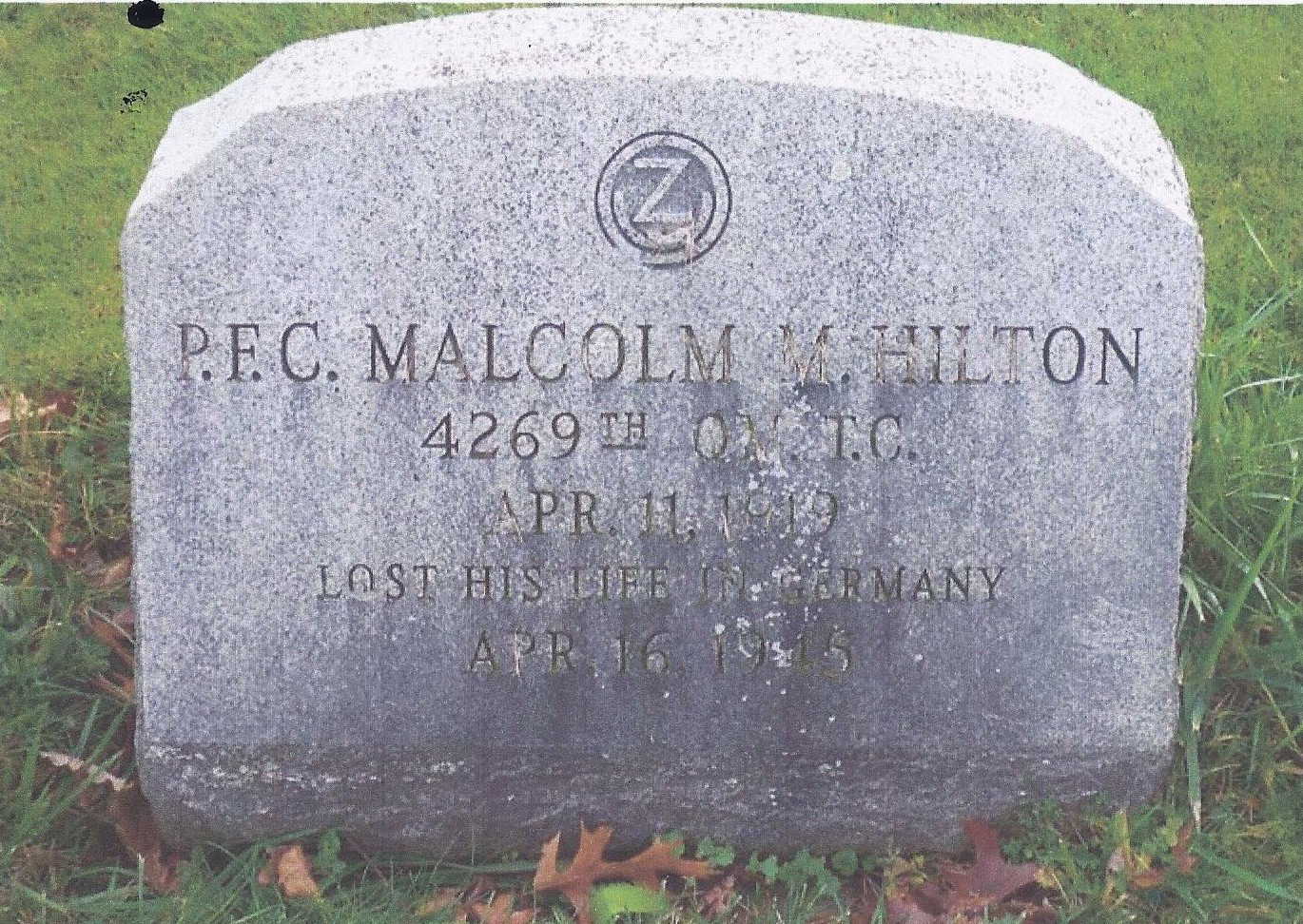