Lester Roe Higley was born on July 4, 1922 to Donovan and Nina Maude Ford Higley who lived in McKean County, Pennsylvania. Lester was oldest of five children. His father's worked as an oil pumper.

At some point, Lester moved to Chester County before he entered service in the Army Air Corps December 29, 1942.

Staff Sergeant Lester Roe Higley was killed in action on March 24, 1945 over Germany. He was thetail gunner on the B-24 "Hot Rock" (piloted Lt Paul Fox) on a low level supply mission to a British drop zone across the Rhine. The B-24 was hit by enemy flak, and while on fire, attempted a steep climb to reach a safe bail out altitude.At that point, the aircraft went out of control, rolled over on its back and crashed about two miles northeast of Wesel, Germany.

Lester is buried at the Netherlands American Cemetery in Margraten, Netherlands. 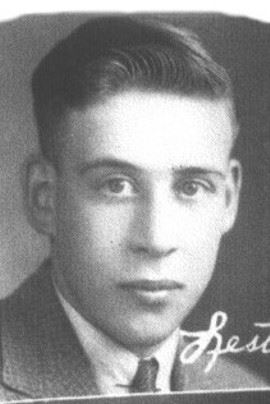