Clarence E. Fillman was born on May 31, 1918 to Clarence and Mildred Fillman who lived in Honey Book, Pennsylvania. Clarence was the oldest of five children. His father worked as a truck driver for a sawmill.

Clarence entered the Army on April 18, 1941. He received training at Fort Meade as a member of Company L, 175th Infantry, 29th infantry Division. The 29th Infantry received intense training in England for the Normandy landings, which ultimately occurred on June 6 1941.

Private Clarence E. Fillman was killed in action on June 7, 1944 in France. He was buried at the US Cemetery in St. Laurent, France but later was brought home for burial at the Elverson Methodist Church Cemetery. 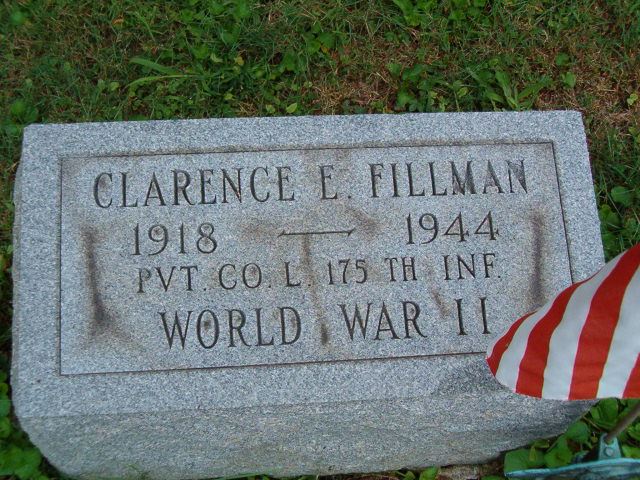