Andrew Desack Jr. was born on March 13, 1925 to Andrew and Helen Desack who lived in Monessen, Pennsylvania.

At some point in his life, Andrew moved to Chester County.

Andrew enlisted in the Army on June 29, 1943. He was assigned to the 30th infantry regiment, 3rd Infantry division. This was the same Regiment that hero Robert Huss served.

Private First Class Andrew Desack Jr. was killed in action on April 25, 1944 in North Africa. He is buried in the North African American Cemetery. 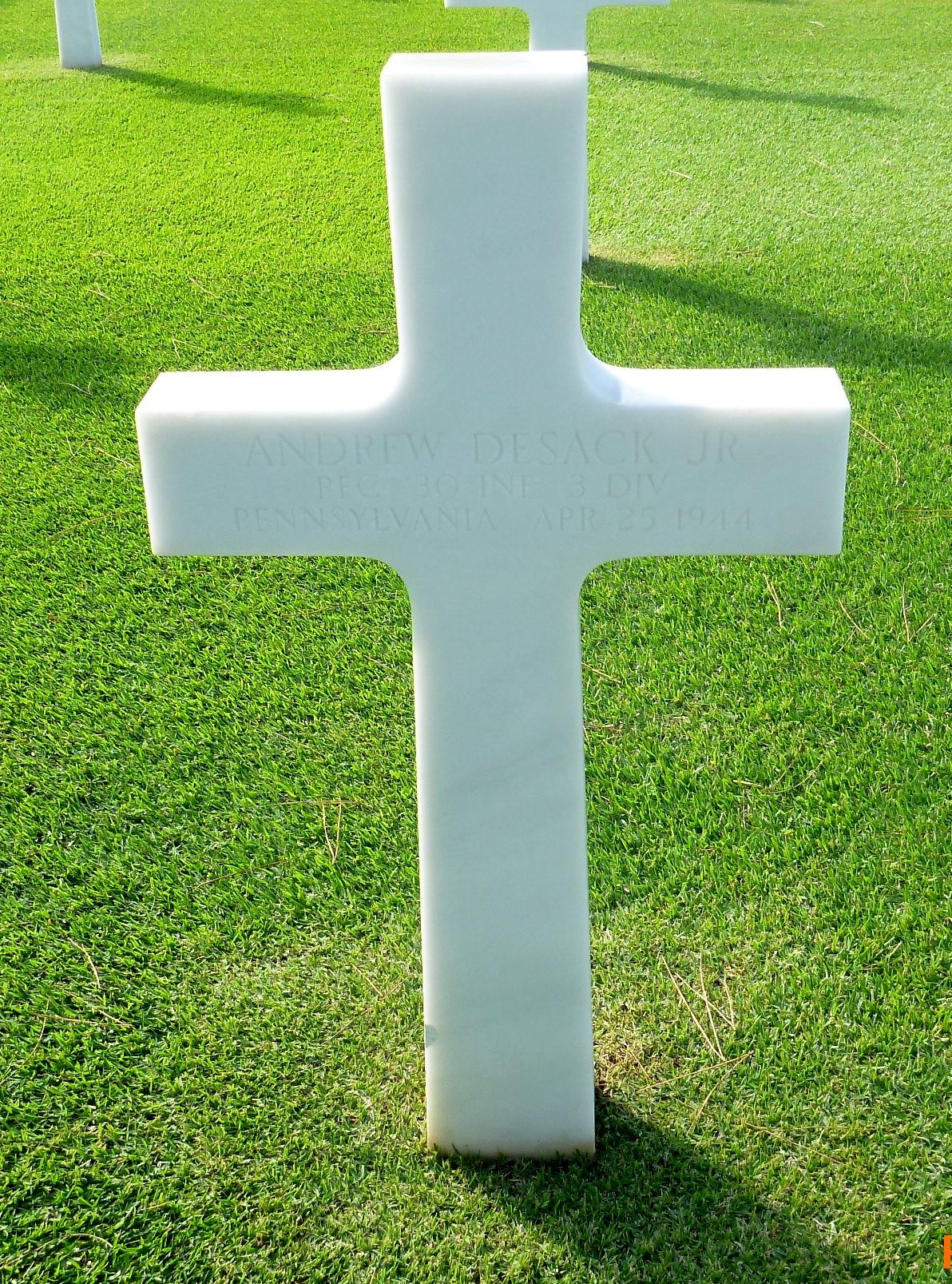