Anthony Borzillo was born on July 2, 1918 to Pasquale and Philemenia Borzillo in Bridgeport, Pennsylvania. He had four brothers and sisters. The family moved to Berwyn some time before 1930.


Anthony entered service in the Army on January 9, 1943 and was attached to the Medical Detachment, 38th Infantry Regiment.

Private First Class Anthony Borzillo was Killed In Action on March 23, 1945 in Rodenbach, Germany.
A letter from his commanding officer stated that, at the time of his death, Tony was performing his duties as a surgical technician, aiding wounded comrades while under constant enemy fire.

Anthony was buried at a local cemetery. His remains were brought back for burial in his home country in 1948. A funeral service was held on December 13, 1948, followed by mass at our Lady of Assumption Church in Strafford. Interment was at the St. Patrick’s Cemetery in Norristown. 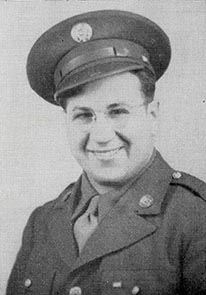