Mathew M. Anderson was born on December 18, 1924 to Gilbert and Elizabeth Buckley Anderson who lived in Trainer, Pennsylvania. Mathew was the sixth of seven children. His father emigrated from Scotland in 1904 and worked as a machinist at an oil refinery. The family moved to Downingtown in 1935. Matthew's mother passed away when he was nine years old.

Mathew was inducted in the Army in January, 1943. He received basic training at Fort McClellan, Alabama, and from there was stationed at the Shenango replacement center in Pennsylvania. The Shenanago replacement center (later renamed Fort Reynolds) became one of the largest military installations in the country. Over a million officers and enlisted men trained at Shenango while waiting for assignment and transportation to the European Theater of Operations.

After training, Mathew was sent to Newport News, Virginia for embarkment to the European Theater of Operations. He was assigned to Company I, 168th Infantry Regiment, 34th Infantry Division.

Mathews regiment went ashore at Salerno, Italy in September, 1943. They faced the enemy at the Calore River and crossed the winding Volturno three times to attack Benevento. 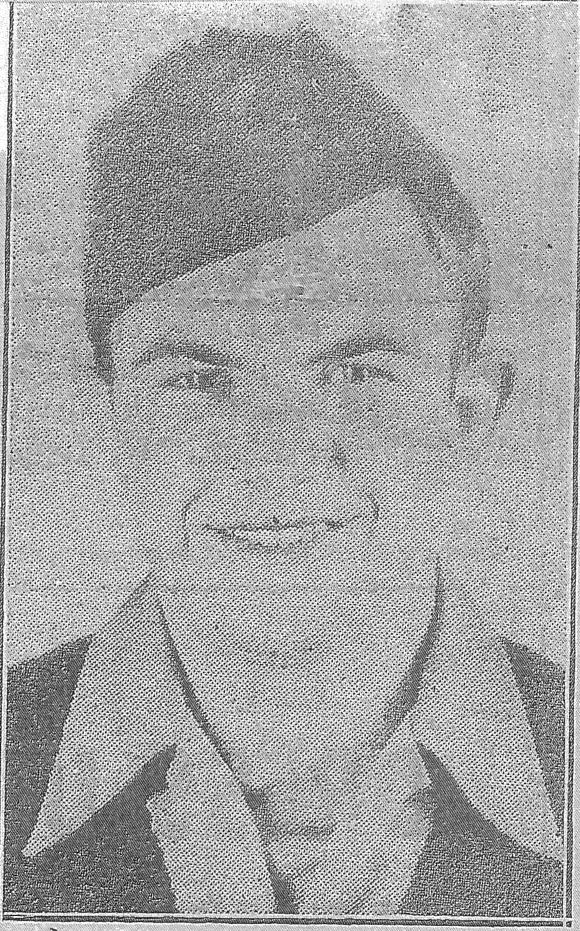 Private First Class Mathew Anderson was "Killed In Action" on November 5, 1943 at Cassena, Italy. His family and friends received letters and Christmas cards from him dated November 5th, the day he was killed. Mathew was buried on September 27, 1948 at the East Brandywine Baptist Church Cemetery in Guthriesville.  Matthew's brother, Gilbert also served during the war. 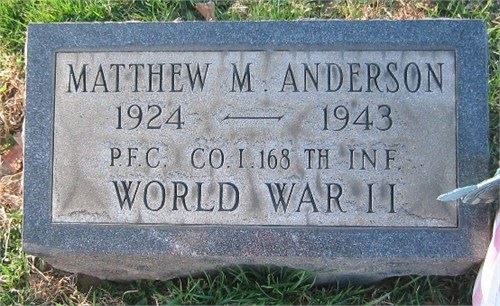