Anthony Lee Sherman was born on May 11, 1960 to Cecil and Claire Sherman in Valley Forge, Pennsylvania. His  parents initially gave him the middle name “Scott” but on the way home from the hospital,  realized his initials may be a burden to him, so they changed his middle name to “Lee”.  Tony was an only child. Cecil served in the Navy, consequently the family lived in different areas of the country as he was reassigned to different commands.

The family later moved back to Philadelphia.

His mother graduated from nursing school in Philadelphia. Shortly after, she fell from a bicycle, collapsed into Tony’s arms, and died of a ruptured brain aneurysm. 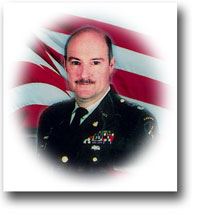 After the death of his mother, Tony and his father moved back to Hartley, Iowa. Tony graduated from Hartley High School in 1978. He was a triathlete, and loved running, which he continued throughout his life.  He was an avid reader, loved history, especially military, and international relations.
Tony moved back to the Philadelphia area and enlisted in the Army the same year. He was deployed to Germany for several years. He was part of a medical brigade at the time and rode shotgun with the ambulances from the Red Cross. On one memorable occasion, he and his partner found themselves in communist Poland because they had been reading the map upside down. 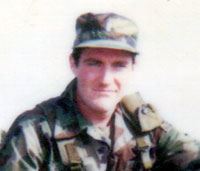 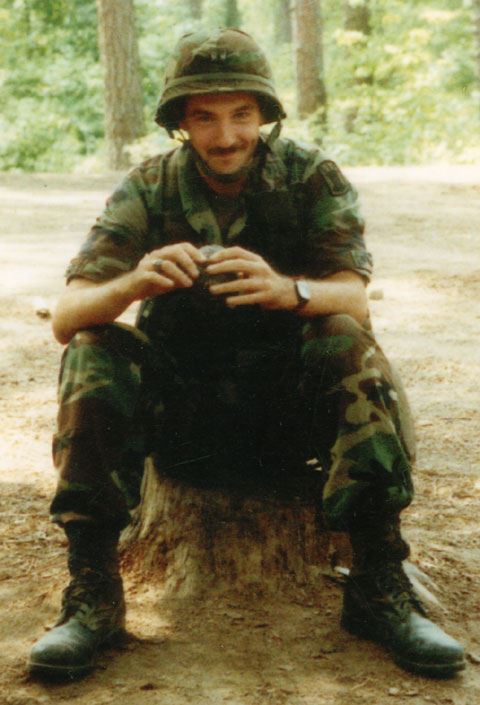 Tony also participated in the liberation of Grenada in 1983, Operation Urgent Fury. His medical unit was one of the last to make landfall. His mission was to locate sources of potable water. With water testing equipment in hand, Tony and two other soldiers began their search. They heard a rustling in the bushes and suddenly a Grenadan jumped out brandishing a rifle, and yelling in his native language, which Tony’s group could not understand. Tony and his men only had side arms. Tony slowly approached the man and tried to find out what he wanted. As Tony came closer, the man shoved the rifle into Tony’s hands and began waving his arms in the air. Apparently, he was surrendering. Tony and his comrades brought their “prisoner” back to camp with them, much to the surprise of his unit. Tony returned to the states and back to the Delaware Valley. He chose not to “reup” but continued his service in the Reserves. It was then that he met his wife. Tony met his wife through the Single Booklovers Club. Tony began his college studies at Villanova University, later transferring to Temple. In 1989, he graduated with a degree in Education, with a minor in Psychology. Tony and Lisa were married on September 8, 1990 and moved to Pottstown.  In 1991, Tony and Lisa traveled to Europe with a tour group for their anniversary. They wanted to see the newly liberated East Germany, a year after the wall was torn down. It was fascinating, - amusing in spots and sobering in others, the devastation from 45 years of communist rule. There were beautiful sites in the midst of the poverty-stricken areas; an element of upper class frequented the concert halls and restaurants, while on the other side of town burnt out Trabies (very small East German manufactured economy automobiles) littered the side streets and backyards.  Tony and Lisa, both fluent in German, spent a lot of time translating for the group.
Tony and Lisa welcomed a son on October 4, 1994. Anthony Grant Sherman was born with bilateral cleft of lip and palate. Grant underwent a number of surgeries at Children’s hospital in Philadelphia. Grant also had a severe hearing impairment necessitating dual hearing aids, and was later diagnosed with a level of autism. At three different times during Grant’s infancy, Tony was deployed. He had serious concerns about whether his son would learn to bond with him and if Grant would even remember him when he returned home. Tony deployed to Bosnia-Herzegovina, and later to Kosovo. When he returned home from the latter, Grant rushed to greet his Daddy at the airport/ Tony also pursued his education. He attended Arcadia University from 1999 to 2002, graduating with a Master’s in International Peace and Conflict Resolution. His Master’s Thesis was titled: “Justice for Kosovo”. Tony was again deployed in February, 2003 to Iraq with the 304th Civil Affairs Brigade.  Tony’s dream car was a Ford Woody station wagon. But the closest car to his dream was a Chrysler PT Cruiser Woody in Cranberry/Purple. His wife bought it for him as a surprise while he was deployed in Iraq. She took photos of Grant sitting behind the wheel. In August, Tony called to let her know he had secured a flight home for two weeks of R & R just in time for their 13th wedding anniversary. Four days before he was due to arrive home, Lieutenant Colonel Anthony Lee Sherman died of a massive heart attack. Attempts to revive him failed. Tony was buried in the St. Aloysius New Cemetery on Buchert Road in the heart of Pottstown, PA on September 6, 2003, two days before his 13th wedding anniversary. He was buried with full military honors. 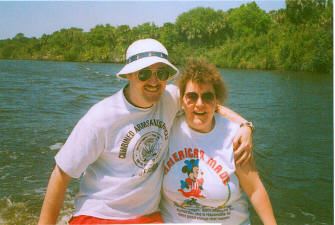 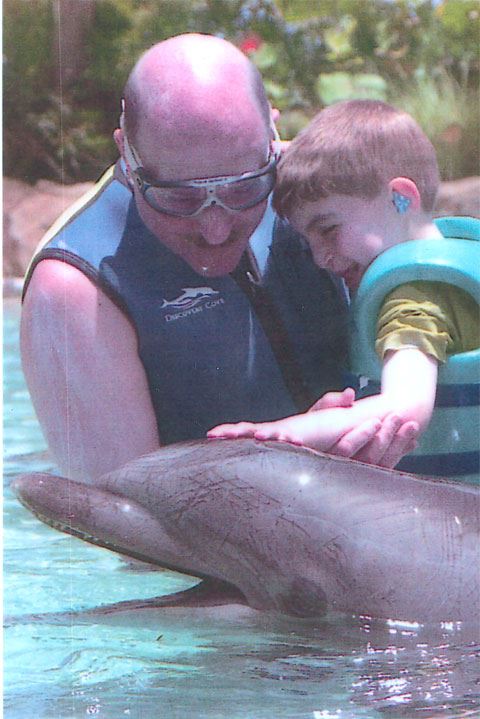 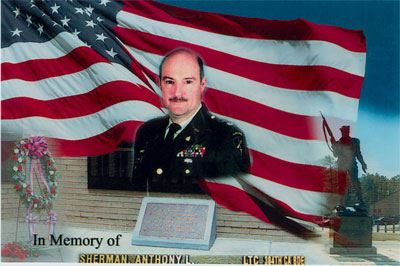