James Jim Petrey was born in Danville, KY on December 29, 1947. His family later moved to Modena, Pennsylvania. Jim graduated from Coatesville Area High School in 1966. Upon graduation,  he was employed by the Philadelphia Steel Abrasive Company in Modena.

Seeking broader horizons and a bit of adventure, Jim enlisted in the Marine Corps in the spring of 1967. After boot camp training at MCRD Parris Island and advanced infantry training at Camp Lejeune, he was awarded the Military Occupational Specialty (MOS) of Antitank Assaultman.

Jim received orders to report to the Replacement Depot of the 1st Marine Division, 3rd Marine Amphibious Force in Da Nang, Republic of Vietnam, on November 16, 1967. His assignment was to HQ and Service Company, 1st Battalion, 5th Marine Regiment which was then located just north of Da Nang in Thua Thien Province in the villages of Phu Loc District. The installation, named Phu Loc (6) Combat Base, was home to the 1st Battalion, 5th Marines, and its ancillary support personnel and described by unit members as, "just a lump of red dirt" . It was in the northernmost segment of U.S. operations in Vietnam, I Corps, about 100 kilometers south of the Demilitarized Zone (DMZ) which separated North Vietnam and South Vietnam. 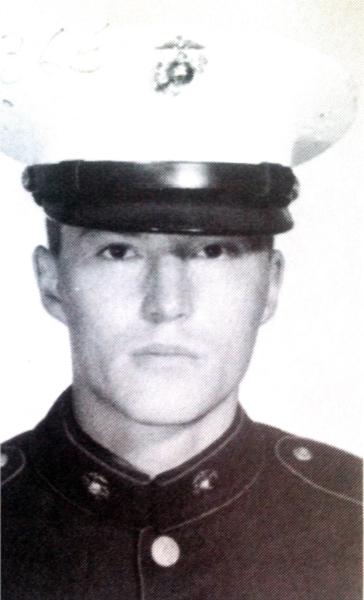 Phu Loc (6) was a new base prepared by the Marine Engineers who used their construction equipment to dig a trench around its perimeter and install concertina wire and other barbed wire at several levels surrounding the hill. By Christmas Eve, 1967 it was ready for occupancy by the Marines of 1/5 (this is USMC “shorthand" for the 1st Battalion, 5th Marine Regiment, and it is pronounced “One Five”).

The first two weeks on the hill proved to be relatively free of enemy harassment and attacks which gave the units some time to dig-in and build their defensive positions. But, in early January of 1968 that changed. Constant daily bombardment from enemy mortars became commonplace. The Marines increased their daily patrol operations in the nearby villages and foothills of the surrounding mountains encountering resistance by the local Viet Cong and main force North Vietnamese Army troops. The encounters were fights, not skirmishes, and accounted for many dead and wounded from the now understaffed 1st Battalion.  Although the 1/5's casualty rate mounted, the Marines withstood the pounding which climaxed early on the morning of January 31, 1968, the kickoff of the North Vietnamese Army's infamous Tet Offensive.

At around 2:00am on February 1, 1968, the 1/5 Combat Base once again came under heavy enemy mortar and rocket attack and the CAP Unit (Combined Action Platoon) located at the intersection of Highway 1 and Route 591 got hit hard with mortars, rockets and ground forces. A relief force from Phu Loc 6 moved toward the CAP at first light but could not reach the beleaguered Marines. A second relief force moved toward the CAPs from the Headquarters Command Post but they were also unsuccessful. A third unit from the Command Post received orders to move to that area for reinforcement. While en route, the unit came under heavy attack by the enemy. Finally, unit arrived and reinforced those positions. Unfortunately, many soldiers were lost during their attempts to send aid. Jim gave his life in these efforts in keeping with the Marine Corps Code Of Conduct which states in Article 1, "I am an American, fighting in the armed forces which guard my country and our way of life.  I am prepared to give my life in their defense". 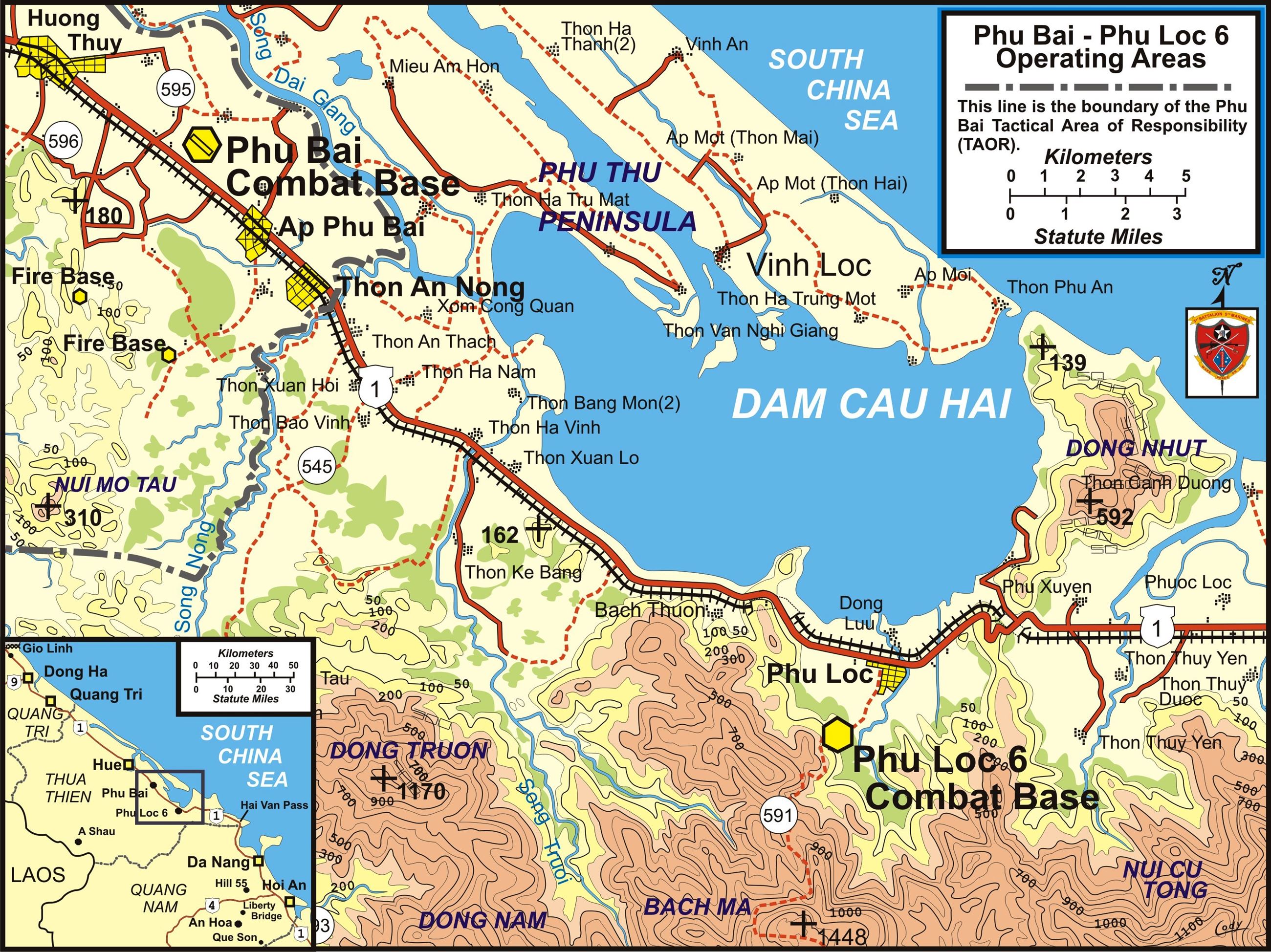 During the operations on February 1, 1968, 20 Marines and attached personnel of the 1/5 perished while operating in the environs of their combat base at Phu Loc (6):