Glenn Curtis Valente was born on July 9, 1949 in Coatesville to Joseph and Bethene Truman Valente. His parents moved the family to Towerville, Pennsylvania (near Parkesburg). He graduated from Scott Senior High School.  At Scott, he was co-captain of the varsity soccer team in junior and senior years. Glenn also was a member of the marching and concert bands and, as a bassoon player. He went from Scott to Millersville State College. He was a member of the Hephzibah Baptist Church choir and also a member of its youth group and served as their president.

Glenn entered the Army in July, 1969, and received his basic training at Ft. Bragg, NC. He then went on to Texas to train as a medic.He was sent to Vietnam in January, 1970. Originally stationed in the Mekong Delta, Spec. 4 Valente tested water in Vietnamese villages and helped with Army construction in addition to his duties as medic in treating patients. His patriotism led him to extend his tour of duty by three months.

Glenn's parents were notified that he was Missing In Action. He and other GIs of the 35th Engineers Battalion, Company B, were attacked by enemy forces on January 5, 1971 in an ambush in the northern part of South Vietnam, near the Cambodian border. Later his death was confirmed by the Army.

Today, the memorial (pictured below) still stands at the base of the American flag pole. 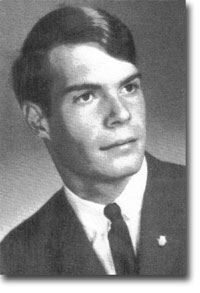 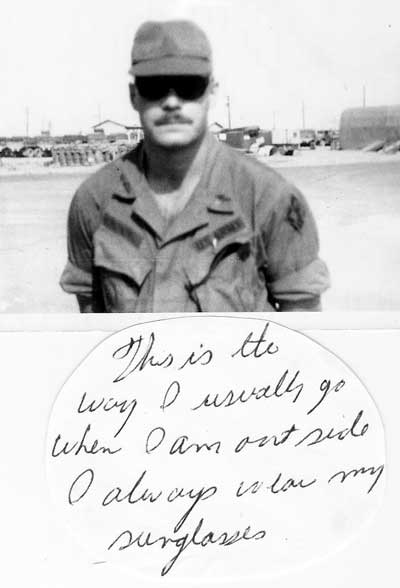 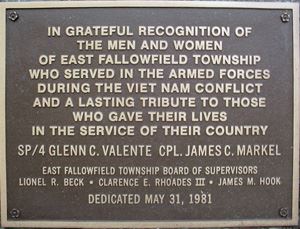