John Arn Polefka was born on January 10, 1950 in Phoenixville, Pennsylvania. He had one sister.

John attended St. Anne’s School and Phoenixville Junior and Senior High Schools, and was an employee of the West Company until his time he entered service.

John enlisted in the Army on October 9, 1968. He took basic training at Fort Bragg, North Carolina, and advanced infantry training at Fort Polk, Louisiana. John served with Company D, First Battalion, Fifth Cavalry. He was shipped to Vietnam in March, 1969.

Pfc. Polefka was on an observation base when his area was attacked by hostile forces. John was a ground casualty on August 31, 1969, in the province of Binh Long, South Vietnam. For his valiant efforts, he received a posthumous promotion to Corporal. His location on the Vietnam Virtual Wall is Panel 18W - Row 017. 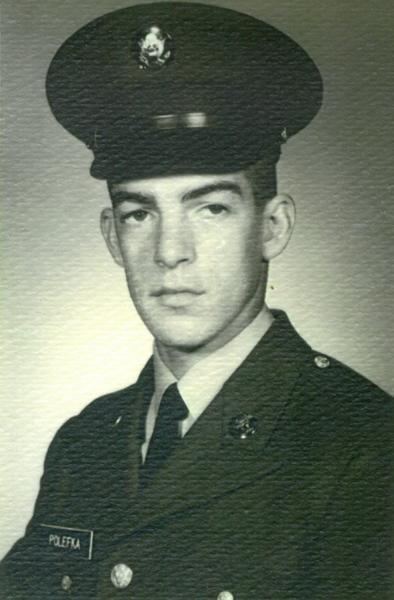