Robert, called Bobby by his family and friends, was a member of the Lincoln University Mennonite Church. He attended school at the Villanova Academy in Cochranville, an integrated one-room school. Bobby graduated from Oxford High School in 1960. He participated in their vocational-agriculture courses. He had a gift for working with animals. He had a pet cow named Roberta that he trained to do tricks like a dog. Kenneth Thompson who headed the Vo-Ag department described Bobby as: “a good boy, very conscientious with his feet on the ground....that he carried responsibility easily and well.” While in school, he worked for Hooper Vines at Lincoln University. Ms. Vines said of Bobby: “He was a good boy all the way around and a good farmer.”

Bobby loved the weekly visits from his nephews Wayne and Wesley (Brother) and niece Reneè. He would take them to a neighbor farm and let them ride on the tractor. Baby sister, Sally, has so many fond memories of him showing her to milk the cows. Sally said "I know we got on his nervers, but it didn't seem bother us". 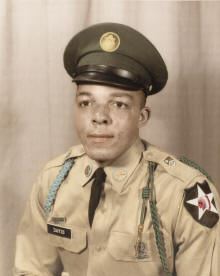 Bobby's niece, Wanda, thought of him more as a brother then an uncle. She fondly remembers him taking her by the hand and walking her to her first day of school. She said she was “walking tall” with her big ‘brother’, so tall and handsome, strong but gentle.

Bobby was quiet but always friendly, and would do anything to help a friend, as documented below.

Bobby loved fast cars. His first car was a 1956 Chevy, but he soon upgraded to an 1960 Chevy Impala, which he "souped up" and changed to a manual, "4-on-the-floor transmission. He raced his Chevy at Cecil County Dragway in Maryland. 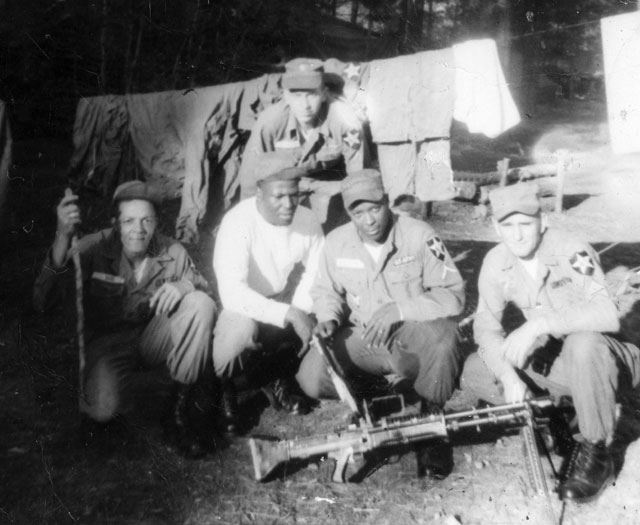 After graduation, Bobby helped operate the farm of Francis Grubb, who described him as: “a very nice person and a very good farmer…So many boys just can’t find themselves, but Bobby knew what he wanted to do.”  Bobby's family moved to Kennett Square in 1963. Later that same year, he was drafted into the Army. Letters indicate that after his military service, he planned to return and purchase a farm with a GI loan to raise black angus cattle. Bobby received basic training at Fort Jackson, and advance training at Fort Benning, Georgia. He was assigned to the Company C, 7th Battalion, 1st Calvary Air Mobile division. This was a new concept - the rapid moving of troops into battle using helicopters. Tactics and training were developed for this new concept at Fort Benning. Bobby's unit was sent overseas to Vietnam in September, 1965 under the leadership of Colonel Hal Moore. Their first battle was on an insertion of the Ia Drang river, close to where the Ho Chi Minh supply line. In the ensuing battle, 450 men in Bobby's unit were attacked by over 2,000 North Vietnamese. This was the first major battle involving American troops and the North Vietnamese Army.

Reporter Joe Galloway joined the forces to report on the raging battle. Joe and Col. Moore co-wrote the 1993 book  “We Were Soldiers Once and Young”. The book was made into a movie in 2003 accurately depicting the horror and courage of this battle. Bobby was not an aggressive man by nature, but he was trained in combat and he took his job seriously - particularly the part about protecting his fellow soldiers.

On the second day of the battle, November 15th, PFC Robert Davis was Killed In Action. During continual attacks by a larger enemy force, Bobby repeatedly exposed himself to enemy fire in an effort to keep his unit from becoming overrun. He died protecting his friends.


“I am trying to keep track of the days. One day is just like another, even Sundays.  I am counting the days and I have abut 32 left….I got a letter from Blair. He said he was on his way. I am going to look him up before I leave. I should be home in about 30 more days so if I don’t write again, I will see you then.”

Bobby's mother left the lights on and the door unlocked for two weeks in anticipation of her son's return. His family and friends were at the Davis home for Thanksgiving, hoping Bobby would join them for the holiday, but he didn't make it. The next day, Viola received a telegram informing her that Robert was Killed In Action on November 15th – just eleven days before his discharge.

Bobby's brother, Blair, accompanied his body home. The funeral service was held on December 9th at the Lincoln University Mennonite Church. The Rev. J. Robert Hershey, pastor, officiated. Kennett Square Mayor Francis R. Tworzydlo attended expressing “heartfelt recognition” on behalf of the community. Interment with full military honors was in the Rolling Green Memorial Park. The ground was donated by the cemetery as a tribute to Robert. He was the first combat fatality from Chester County in Vietnam. 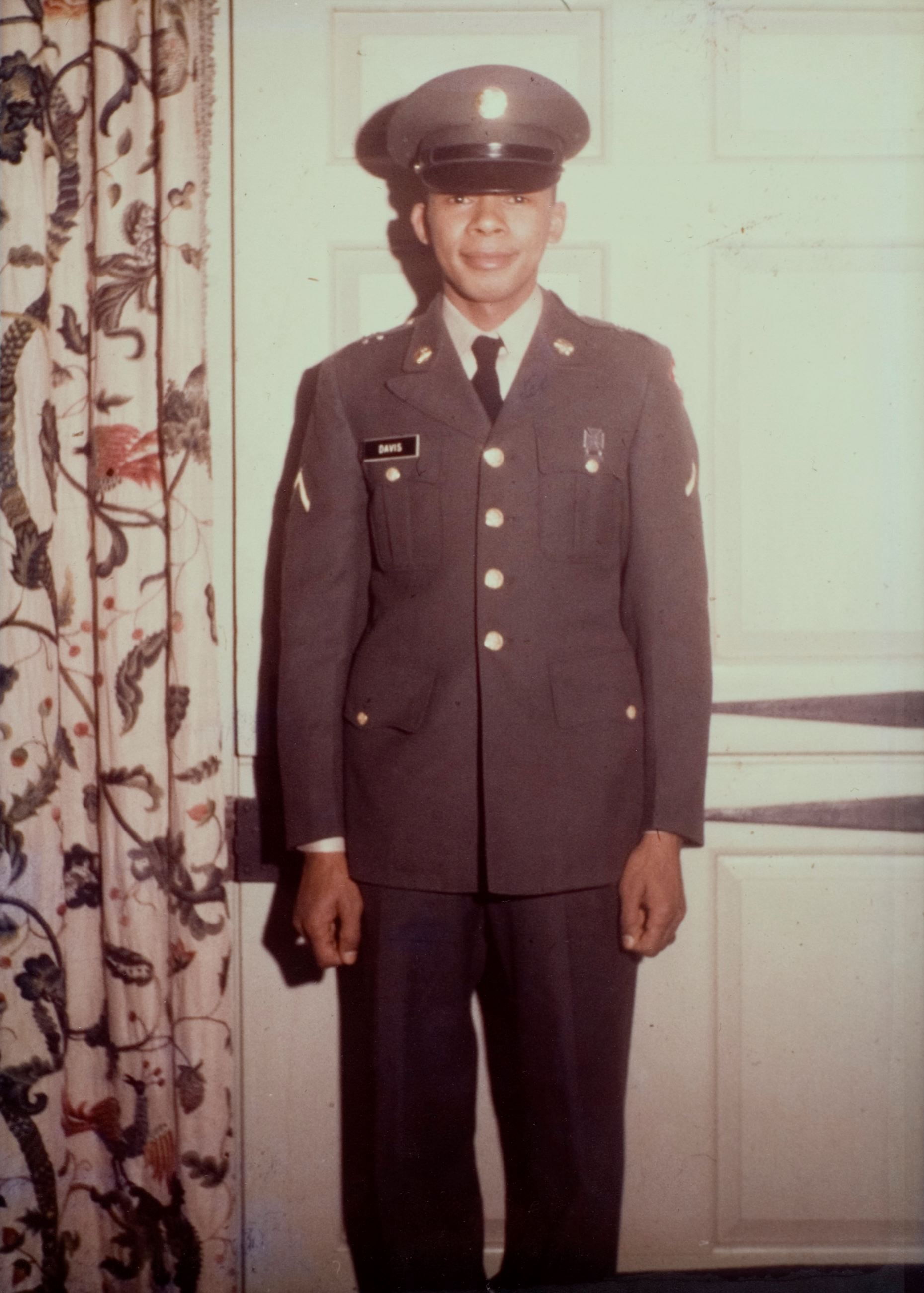 “This outstanding display of aggressiveness, devotion to duty and personal bravery is in keeping with the highest traditions of the military service and reflects great credit upon Spec. Four Davis, his unit and the United States Army.”

Bobby was a peaceful man who just wanted to be a farmer. He did not like war, but he answered when his country called, and he did his duty. Three of Bobby's brothers also served: Thomas in the Air Force, and Blair and Gilbert in the Army. Bobby's mother passed away on March 17, 2006. Before her passing she learned that we were writing Bobby’s story. Viola said it brought her peace because her son’s story would be told and that Bobby would be remembered.

In 2004, the Davis family began the Robert A. Davis endowed Scholarship at SUNY Buffalo State for students to continue their education for professional development.

In 2021, the Davis family established a second scholarship to honor Bobby's sacrifice. For information on this scholarship, visit the Robert A. Davis (RAD) Memorial Scholarship Fund website or email radmemorial31@gmail.com. 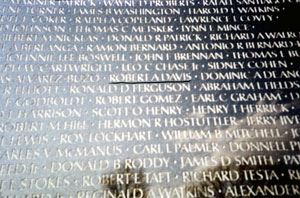 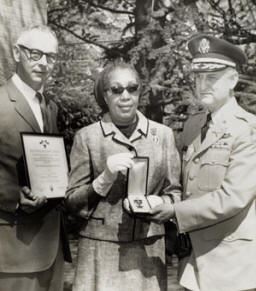