Harvey Taylor Jr. was born in July 25, 1927 to Harvey and Aline Taylor who lived in Chester, Pennsylvania.

Harvey joined the Army from Chester County and was assigned to the 5th Cavalry Regiment (Infantry), of the 1st Calvary Division.

The North Koreans attacked South Korea in June 1950 overwhelming Korean and US troops pushing them into the Pusan Perimeter and surrounding our forces. On July 18th, the 1st Calvalry Division was sent to Korea, and participated in an amphibious landing on the southeastern coast of Korea at Pohang-dong, a port 80 miles north of Pusan. 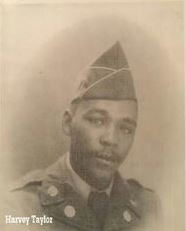 Harvey’s Division reinforced the Pusan defensive line and held it against repeated attacks. On August 9th the North Koreans attacked their lines with 5 full divisions. Although the enemy gained some ground, the 1st Cavalry held despite heavy casualties. On September 15th, General Douglas Macarthur unleashed Operation Chromite, the amphibious landings at Inchon, behind the enemy lines. With the splitting of the enemy forces from Inchon, the 1st Calvary Division went on the attack, led by the 5th Calvary Regiment. They chased the enemy all the way back into North Korea, and into the North Korean capitol of Pyonyang, capturing 135,000 enemy troops. Harvey’s Regiment was the first to enter the city on October 19th. On October 25th, the Chinese Army crossed the border and staged a massive attack on UN Forces pushing them back down the Korean Peninsula. In November, the 1st Division was moved forward to counterattack the Chinese Forces. On February 14 at Chipyong-ni, five Chinese divisions surrounded the 23rd Regimental Combat Team and a French Army Battalion. The 5th Cavalry Regiment formed a rescue force, named Task Force Crombez, to counterattack and rescued the allied forces. Allied forces were pushed back down deep into South Korea for a second time. After regrouping they slowly advanced northward, recapturing the South Korean Capitol, Seoul, on March 15, 1951 (the fourth time the capitol had changed hands in a year). Our forces established the “Kansas Line” roughly paralleling the 38th Parallel in 1951. On, April 22nd twenty-one Chinese and nine North Korean divisions slammed into the Kansas Line, with the objective to recapture Seoul. Harvey’s Division was sent into the intense battle to hold the line against the onslaught. They largely held the line against these massive enemy forces, a stalemate began, and ‘peace’ negotiations began. During the on and off negotiations, the Chinese and North Koreans staged periodic attacks to try to gain more territory. Harvey’s Regiment helped defend the line against these attacks. Private First Class Harvey Taylor Jr. was Killed In Action on June 4, 1951. He is buried in the Mt. Zion Cemetery in Snow Hill, Maryland. 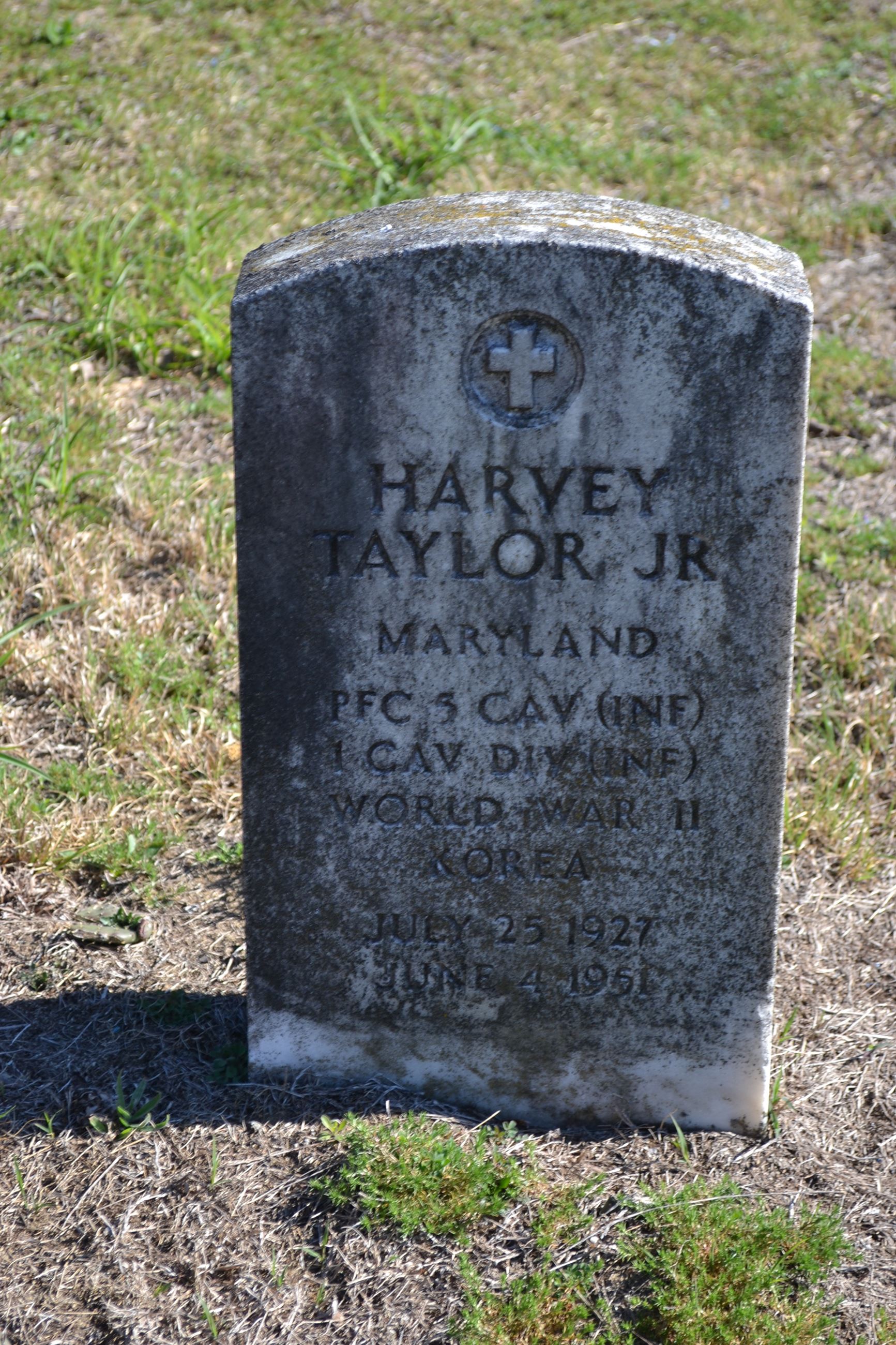