John Gerhard Linkowski was born on June 22, 1919 in Buffalo, New York. John had one brother. . John was educated at the Immaculate Heart of Mary School in Buffalo. After leaving school, he worked as an conditioning technician. According to government records, John eventually moved to Chester County.

John joined the Army in 1938 and served in Panama during World War II with an artillery unit and saw action in France and Germany. He was called to serve overseas again during the Korean War as a heavy weapons infantryman.

John's remains were never found but he is honored on the Courts of the Missing, at the Honolulu Memorial. 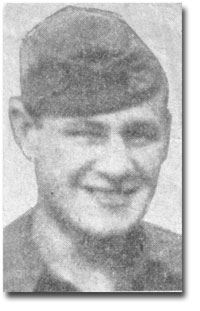