After graduation from high school, James worked at the Times Mirror in Los Angeles in the lithography department.

James enlisted in the Army Air Corps on October 26, 1943. After basic training, he received additional training in Ephrata, Washington, and was then sent to the European Theater of Operations. James was assigned to the 331st Bomb Squadron of the 94th bomb group heavy, based at Rougham Air Field in Suffolk, England. He was a tail gunner on a B-17H nicknamed “Sleepy Time Gal” (42-3338).

Sergeant James Menaul Jr. was Killed In Action of October 14, 1943. On that day, he flew on a mission to bomb the ball bearing plants in Schweinfurt, Germany. His aircraft was damaged by anti aircraft ‘flak’, and caught on fire. He was not able to keep up with the formation and consequently was targeted as easy pray by enemy fighters. James suffered a sever injury to the abdomen. He crawled back to his position and continued to return fire until mortally wounded. He perished along with his three other crew members. The rest bailed out over France. The co-pilot, 2nd Lt. John. Chandler, survived and evaded capture with the help of the French Resistance.

James was buried in Toul, France near the wreckage of his B-17. His remains were later moved to the Lorraine American Cemetery, at St. Avold, France. 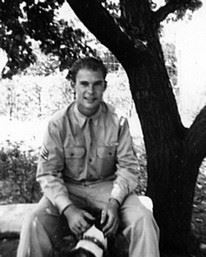 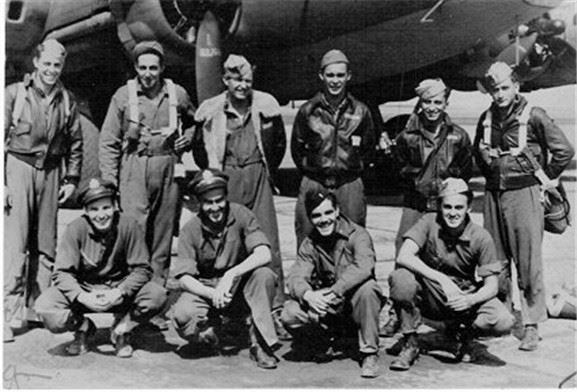