Millener Weaver Thomas was born on April 18, 1911 to Howard Barton and Halcyon M. Thomas, who resided in Philadelphia, Pennsylvania. Millener was an only child. Millener was named after his great great  great Grandfather Millener Alexander, who ran away from home to serve as a Drummer Boy in the Continental Army during the War for Independence. Local tradition holds that his Grandfather was the drummer boy in Archibald McNeal Willard’s painting “Yankee Doodle” later known as “Spirit of 76”.  (There were at least four different original versions of this painting by Willard portraying different men.)
His father, Howard worked as chemist for a pharmaceutical company. Millener’s family moved to Coatesville when his grandfather, Dr. Thompson W. McKinney, became pastor of the Olivet Methodist church. 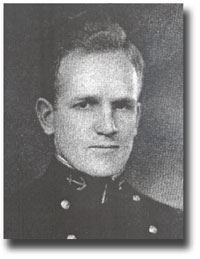 Millener received an appointment to the US Naval Academy in Annapolis, Maryland. Millener attended the same time as Oliver Finnigan, another Coatesville youth.  Upon graduation from the Naval Academy and executing the oath of office, Millener was commissioned as officer with the rank of Ensign on June 1, 1933. He was then assigned to serve on the USS. Salt Lake City CA 25, a heavy cruiser of the Pensacola Class, commissioned in 1925.   In June 1st, 1935,  Millenermarried Lara Elizabeth Kennedy  in Philadelphia. The same year, Millener was transferred to VS (aircraft) Squadron 9 for flying duty in the cruiser’s float aircraft. The cruiser carried four aircraft and two catapults for launching them.  Aircraft were important for not only scouting (before the days of radar) but also in observing the fall of shells to adjust the aim.  In May 1936 Milliner reported for duty to the USS New Orleans CA-32, the first heavy cruiser of the class, commissioned in 1934. In April, Millener reported to the Submarine base in New London, Connecticut for training in Submarines. The Submarine Service was an all-volunteer service. After completion of training at New London, Millener reported for duty on his first submarine on December 1, 1936 – named R-12, designated SS-89. The “R Boats” were small submarines designed during World War I, and were 600 tons, 186 feet long and had a crew of 33. Millener was promoted to Lieutenant (jg) (Junior Grade), on March 3, 1937, during his deployment on the R-12. In May he was assigned to the USS Cuttlefish SS-171. During his duty on the Cuttlefish, Millener was promoted to a full Lieutenant on April 1, 1941. Millener was assigned to USS Grunion SS-216, a new fleet boat of the Gato Class which was 1,525 tons, 307 feet long and a crew of 80. It was commissioned on April 11, 1942 with Millener as XO (Executive Officer – second in command). After a ‘shake down’ cruise, Millener’s submarine transited the Panama Canal into the Pacific Ocean in May, and headed for Pear Harbor. After 10 days of intensive training, the Grunion left Pearl Harbor on June 10, 1942 toward the Aleutians for her first war patrol. Millener qualified for command of submarines, and would be named captain of a submarine when he returned. The submarine's first report from patrol just north of Kiska Island, stated they had been attacked by a Japanese destroyer and fired on the enemy, but results were unknown (the sub had to dive and slip away). Millener’s ship reported she sank two enemy patrol boats in July, probably by use of the ships deck gun. 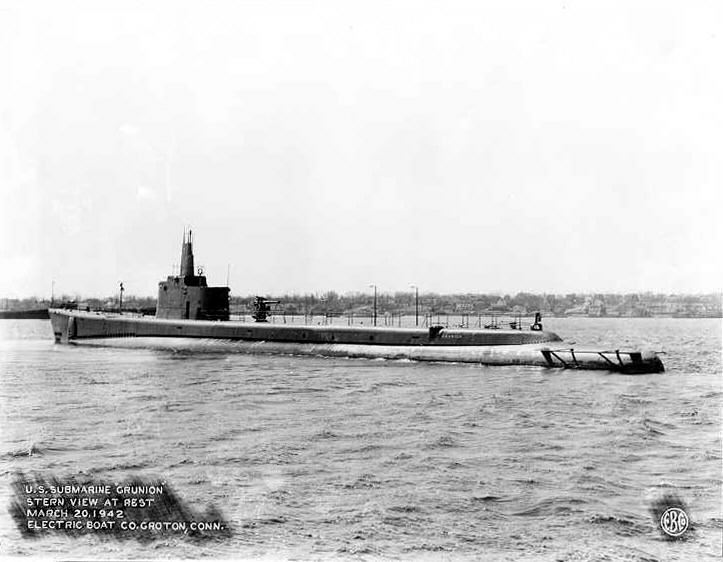 Faulty torpedoes were a serious problem in the early portion of the war. These torpedoes ran 10 feet deeper then set, and the secret magnetic exploders (when fired to travel just under a target, it would supposedly detonate underneath blowing a hole in the bottom of the target) completely failed. Even the contact detonator, would often shatter when the torpedo hit the side of a target, causing the weapon to bounce off a ship, failing to explode. This put our ships and crews at great risk, as the torpedo wakes would mark the location of the submerged submarine for enemy attack. On July 30th they reported intensive antisubmarine activity, and were ordered to return to Dutch Harbor. Grunion was never heard from again.  Lieutenant Thomas Weaver  Millener was reported Missing In Action on August 2, 1943, a presumptive date, since the Navy did not know for sure when the ship was lost. He was declared Killed In Action a year later on August 2, 1944. Millener is listed on the Tablets of the Missing or Buried at Sea at the Honolulu Memorial Cemetery, in Hawaii. Millener received the American Defense Service Medal – Fleet Clasp (reverse side), and the Asiatic-Pacific Area Campaign Medal. In August, 2007, a search team sponsored by the sons of Lieutenant Commander Abele, the Grunion's captain, found the submarine. It is in water nearly 3,000 feet deep in the Bearing Sea off the Aleutians. Recent information has surfaced from Japanese sources, that the Grunion attacked a merchant ship, Kano Maru on August 3, 1942.   Firing a torpedo, which damaged but did not sink the target, the Grunion fired three additional torpedoes, each of which failed to explode. The submarine then surfaced to complete the destruction of its target with its deck gun. In the ensuing battle, the Kano Maru fought back with it own deck gun, hitting the Grunion in the Conning Tower (large raised superstructure hosing the periscopes) sinking the submarine.