Dominic Marinelli was born on March 10th, 1923. His parents were Joseph and Flavia. His mother, Flavia (the sister of Tony Duca, another one of our heroes), immigrated from Italy with her parents. The family lived in Downingtown. Dominic was the youngest brother of three children. His brother James, is also a Hero.

Dominic attended Downingtown High School. He worked at Downingtown Manufacturing Company. He was a member of the Alert and Minquas Fire Companies, St. Anthony’s Lodge and St. Joseph’s Church. Dominic was known to be pleasant and fun loving, but also feisty. Dominic would have graduated in 1943 but he left school his junior year to defend his country.

Dominic and his friend, Matt Menna, traveled to Philadelphia to enlist in the Marine Corps in September. He was called to service on December 28th, 1943. Both received basic training at Parris Island South Carolina. Dominic was then sent to Quantico Virginia for infantry training. After completion, he was stationed at Norfolk until he was shipped overseas. 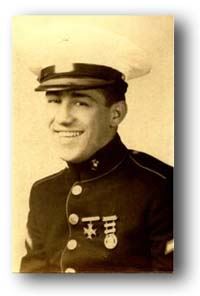 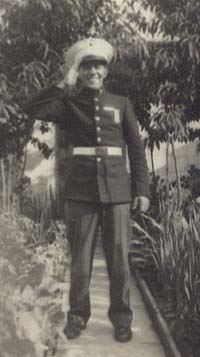 Dominic landed on Okinawa in April 1944 with the 6th Marine Division. On April 14th during a night patrol, his unit was ambushed and PFC Dominic Marinelli was killed. His Commanding Officer in a letter to the family said Dominic was greatly missed. He would make the others laugh and boosted morale.

A solemn memorial requiem mass was held on April 16th 1945 at St Joseph’s Church. His remains, and those of his brother James, were returned to their hometown in 1949. A double funeral and burial with full military honors occurred on March 26th 1949 widely attended by the community. Dominic and James were buried at St. Joseph’s Cemetery. The Borough of Downingtown dedicated Marinelli Park on November 13, 2004 -  a community park on Lincoln Ave, near the Marinelli’s home. The Park is named to honor the Marinelli brothers who gave their lives in service to their country. 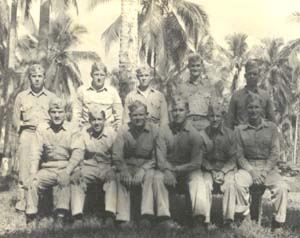