Gerald Alden Kline was born on July 7, 1925 to William and Ida Kline who lived in Royersford, Pennsylvania. In 1938, the family later moved to Downingtown.

Gerald loved baseball, and was a talented player; his friends nicknamed him “Chuck” after a famous baseball player. “Chuck” also played the saxophone.

Gerald played his sax in the Downingtown Methodist Church orchestra at services conducted by his mother, as well as at church events. His mother was the church organist, his sister, Jane, played the trumpet, and Diane, the trombone. 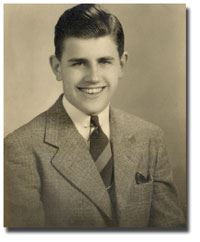 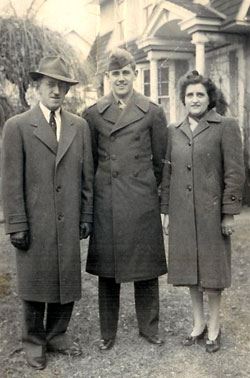 Gerald graduated in June, 1943 from Downingtown High School. He was a member of the school band and played Flight of the Bumble Bee at graduation ceremonies on his Saxophone.  After graduation, Gerald is remembered as tall, very outgoing, with a wonderful personality. He was popular with students and church members and he was close to his family. Gerald enlisted in the Marine Corps in October 14, 1943.  After basic training, he was assigned to Company K, 3rd Battalion, 22nd Marines (Regiment), 6th Marine Division and sent overseas to the Pacific Theater  in January, 1944. He served on Guadalcanal for additional training. There he became close friends with a fellow Marine he had met on the transport: Corporal Phillip Ham. Phillip, whose nickname was “Rusty”, was born and raised in New England. His parents died at an early age, and he was raised by a foster mother who also died. He spent most of his childhood in an orphanage. Gerald wrote home frequently, and Phillip commented he wished he had someone with which to correspond. Gerald wrote to his family about his best friend, and his family invited Phillip to write to them also.
Gerald participated in a number of raids against the enemy as well as the amphibious invasion of Guam. On the latter he was wounded on July 27th in the right shoulder by an enemy machine gun bullet. Gerald was sent to a hospital on Guadalcanal to recover from his wounds. Later, he rejoined his unit.

Gerald participated in the amphibious invasion of Okinawa.

Corporal Gerald Alden Kline was Killed in Action on Easter Sunday morning, April 1, 1945, while leading his men ashore. He was buried in a local military cemetery. His father received the tragic news while at work at the Downingtown Ironworks. He recounts only that somehow the men in the office got him home. Of those dark days that followed, he only remembers endless cups of coffee, chain smoking, and sleepless nights and deep despair.

Gerald's best friend Phillip continued to write to the Klines. Phillip did not learn of Gerald’s death until nine days later.

In January 1946, Phillip returned to the states and sent a telegram to the Klines from San Francisco. When he was discharged in February, Phillip called the Klines from Philadelphia. The Klines jumped in the family car and drove to Philadelphia to meet their adopted son. They embraced him as a long lost son, finally returning home. Phillip helped quench the despair in their hearts. They figured God had taken their only son, but had given them a second son.

Gerald’s sister, Jane, had just began her training as an Army Nurse Cadet at Coatesville Hospital. Because of duty, she could not make the trip to Philadelphia to meet Phillip. She considered him as a brother, and shared memories of Gerald with ‘Rusty’. ‘Rusty’ later married Doris, a fellow nurse cadet of Jane’s, and moved to a house two blocks from his adopted family.

In 1949, Gerald's body was returned for burial in his home country. Funeral services were held on  April 9th at the Kelm and Wilson Funeral Home. Interment was at the Fernwood Cemetery with full military honors. 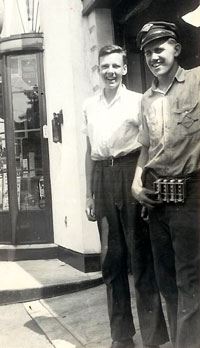