Nelson Braitmeyer was born in Philadelphia on February 17, 1917  and later moved to Oxford, Pennsylvania in the 1930’s.

Nelson enlisted in the Marine Corps in 1935, rising the rank of Platoon Sergeant. He served in the 1st Special Weapons Battalion. 1st Marine Division.

Nelson was awarded the Navy Cross for his service on Guadalcanal in 1942. The Navy Cross is the 2nd highest award for Valor in the Navy and Marines, preceded only by the Congressional Medal of Honor. His Navy Cross citation reads:

The President of the United States of America takes pride in presenting the Navy Cross (Posthumously) to Platoon Sergeant Nelson Braitmeyer (MCSN: 248057), United States Marine Corps, for extraordinary heroism and conspicuous devotion to duty while serving as second in command of the First Platoon of Battery B, First Special Weapons Battalion, FIRST Marine Division, during action against enemy Japanese forces on Guadalcanal, Solomon Islands, on the night of 20 - 21 August 1942. When a hostile attack penetrated his gun positions at several points and imperiled our lines, Platoon Sergeant Braitmeyer, with grim determination and complete disregard for his own personal safety, assisted his platoon commander in clearing Japanese gun positions at the mouth of the Tenaru River until he was killed in action. The conduct of Platoon Sergeant Braitmeyer throughout this action reflects great credit upon himself, and was in keeping with the highest traditions of the United States Naval Service. He gallantly gave up his life in the service of his country.


Nelson's actions were also accounted in the book, Carrier Clash: The Invasion of Guadalcanal and the Battle of the Eastern Solomons August 1942 , by Eric Hammel. Platoon Sergeant Nelson Braitmeyer was Killed In Action on August 21, 1942. Nelson was buried at the National Memorial Cemetery of the Pacific in Honolulu, Hawaii. 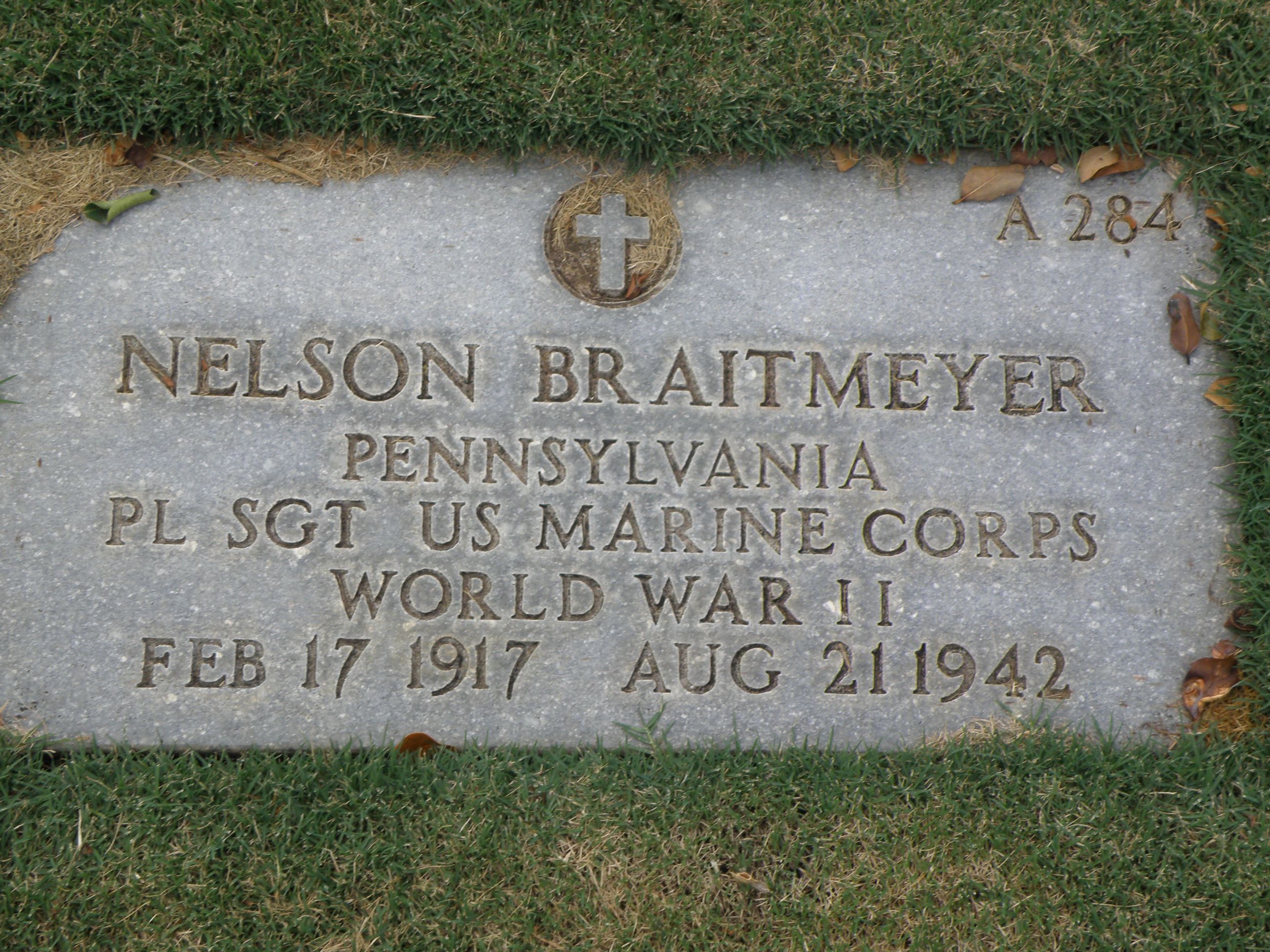