Stanley Sylvester Stewartz was born in 1914 in Pottstown. He had eight sibings.

Stanley attended North Coventry High School, where he was known as an outstanding athlete. He was a member of St. Peter’s Catholic Church and the Good Will Fire Company. Stanley was employed at the US Axle Company.

Stanley entered service in the Coast Guard in November, 1943. The Coast Guard manned many Navy Destroyer Escorts and patrol ships during WW II.

Stanley was assigned to serve on the USS Menges, DE 320. The Menges was an Edsall Class Destroyer escort, named after Herbert Menges who died during the Japanese attack on Pearl Harbor. The ship displaced 1,200 tons, was 306 feet long with a 36 foot beam. She was powered by two diesels with a top speed of 21 knots, and a crew of 200 men.

The USS Menges, after a shakedown cruise off Bermuda, served as a school ship in the Chesapeake Bay. In January, she left New York as part of a convoy escort to the Mediterranean. The convoy was attacked by German torpedo bombers off the coast of Algiers, and she shot down an enemy plane and rescued 137 survivors off the destroyer Lansdale DD-426, which was sunk by a torpedo.

On May 3rd, the Menges was 15 miles astern of the convoy searching for a radar contact when she was hit just by a homing torpedo by the German U-boat U-371 (which was sunk the next day by two destroyer escorts from the convoy). The explosion killed Stanley and 30 other crewmembers.

The damage to the ship was so great that the aft third of the ship was destroyed (see photos at right)
. The Captain refused to abandon the ship after the sacrifice of the men. Crewmembers jumped astride torpedoes loosened in the explosion to heroically disarm them. The ship was later repaired by welding the after third of the destroyer escort Holder DE-401, whose forward two-thirds was severely damaged from another torpedo attack.

Stanley's family was notified that he was Missing In Action on May 19, and Killed In Action on July 26, 1945. Seaman 2nd Class Stanley Stewartz was buried at sea and is memorialized on the Tablets of the Missing at the North Africa American Cemetery, at Carthage, Tunisia. Stanley was awarded a Purple Heart posthumously. 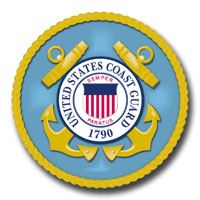 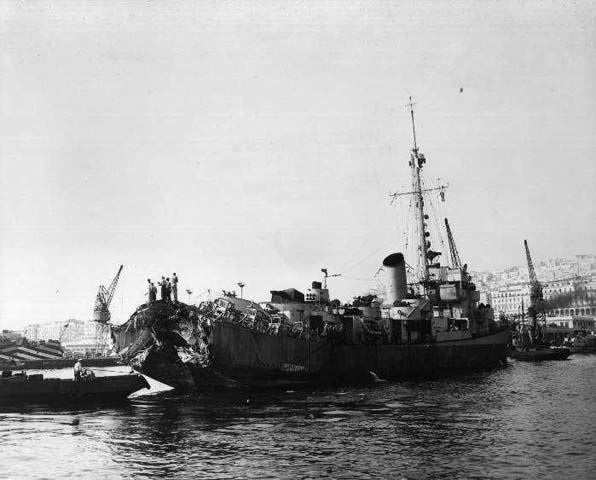 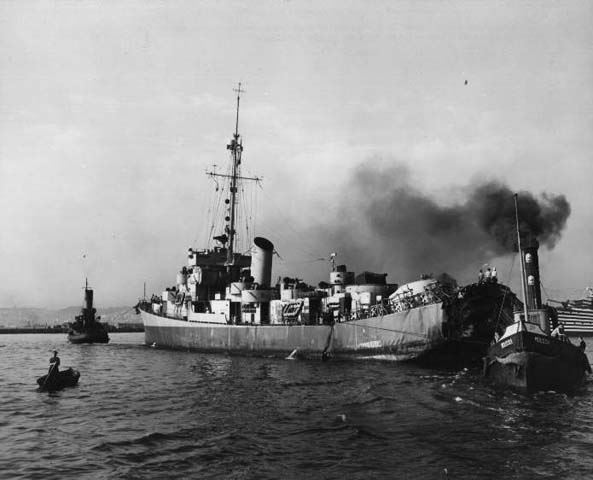 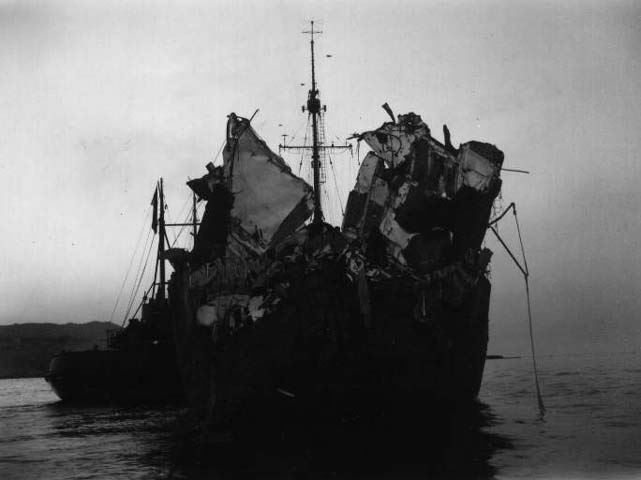