David Wentzel Jr. was born on December 2, 1919 to David G. and Elizabeth Wentzel who lived on Ridge Road, in East Coventy Township, Pennsylvania. David was one of nine children.

David completed grammar school and then worked for the Doehler Die Casting Company - a manufacturer renowned during the 1950s and 1960s for creating a variety of metal products, such as automotive parts like engine bearings and decorative hood ornaments.

David entered service in the Army on April 10, 1942. He trained in Portland, Maine and served with the 68th Coast Artillery Regiment wh was staged at he staged at Fort Dix, New Jersey for deployment. The regiment shipped out to the European Theater of Operations in November, 1942. They participated in the North African Campaign and the Italian Campaign.

Private David Wentzel Jr. was killed in action on March 1, 1944 in Foggy, Italy. He is buried at the Rome American Cemetery in Nettuno, Italy. 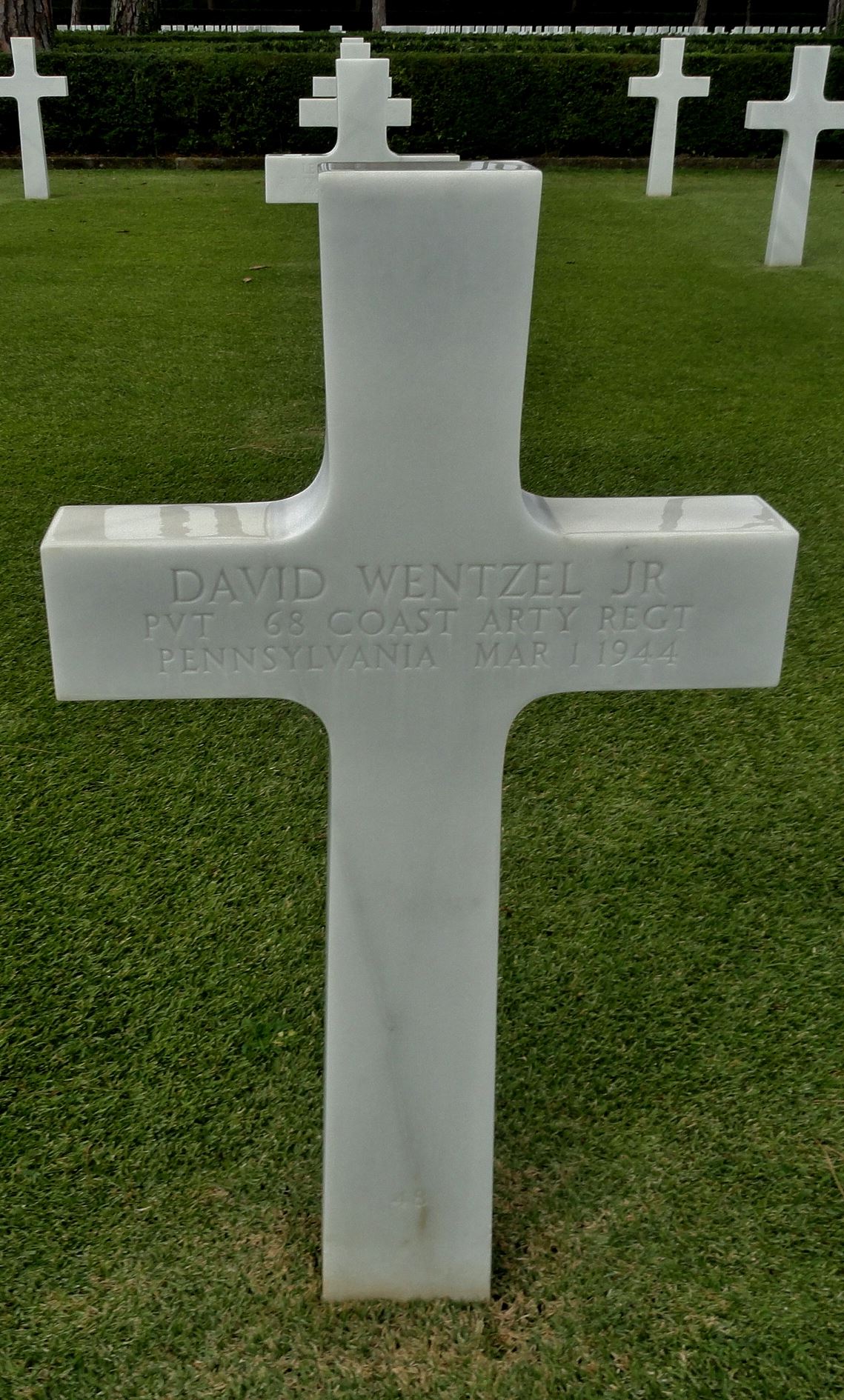