Andrew Jackson Speese III was born on August 10, 1912 to Donald and Sarah Carlin Speese who lived in Philadelphia, Pennsylvania. Andrew was the oldest of four children. He graduated from the Germantown Academy where he excelled in football. Andrew then attended Franklin & Marshall College in Lancaster, Pennsylvania.

Andrew was of friendly but quiet demeanor: an intensive competitor in sports, but also in debate and conservative politics, with ascertained convictions and numerous supports.

As bachelors, we joined Penn Athletic Club where we worked out and swam a couple of times a week.Andy had powerful shoulders and rugged legs developed from intensive rowing a single shell as a member of a Schuylkill River boat club. This gave the handsome, blond, blue eyed, 5' 10" man a formidableness demanding respect.

He was popular among many friends, he married a fine lady and was a loving father, although he never knew his daughter. I believe that he could have been exempted from military service as a parent. However, he thought it was the right thing to do. He was that kind of guy. 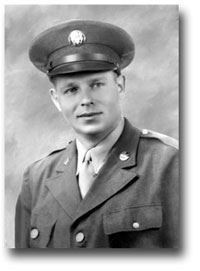 Andy married Ann Margaret Byrne of Wayside Farm, Phoenixville on May 24th, 1940. They had two children: Andrew and Ann. After the birth of his son, Andy moved his family temporally to Houston Texas as an expeditor for M. H. McCloskey Construction Company. Andy worked in the shipbuilding industry, a vital industry, and as such received an exemption from the draft in the early part of the war. Later the deferment was withdrawn as war production reached it’s maximum, so Andy decided to enlist, but was drafted before he had the chance. He was drafted into service in the Army on October 16th, 1943. After basic training, Andy was assigned to serve with the Company K, 357th Infantry Regiment, 90th Infantry Division. His division shipped overseas to England in April, 1944 for the Liberation of Europe. They landed at Utah Beach on June 6th and moved inland achieving their objectives.
One month later, Private Andrew Jackson Speese II was Killed In Action on July 6, 1944 at Plessis-Lastelle (Beaucoudray). Andrew was originally buried at les Forges at Blosville, but later buried at the permanent Normandy American Cemetery at Colleville-sur-Mer. He was posthumously awarded the Purple Heart . The 90th Division has created a memorial statue of four soldiers, one of which is the likeness of Andrew. The Memorial was dedicated in June 2000 and is located in Periers, France.
Read a  transcript of Andrew's last letter home to his wife 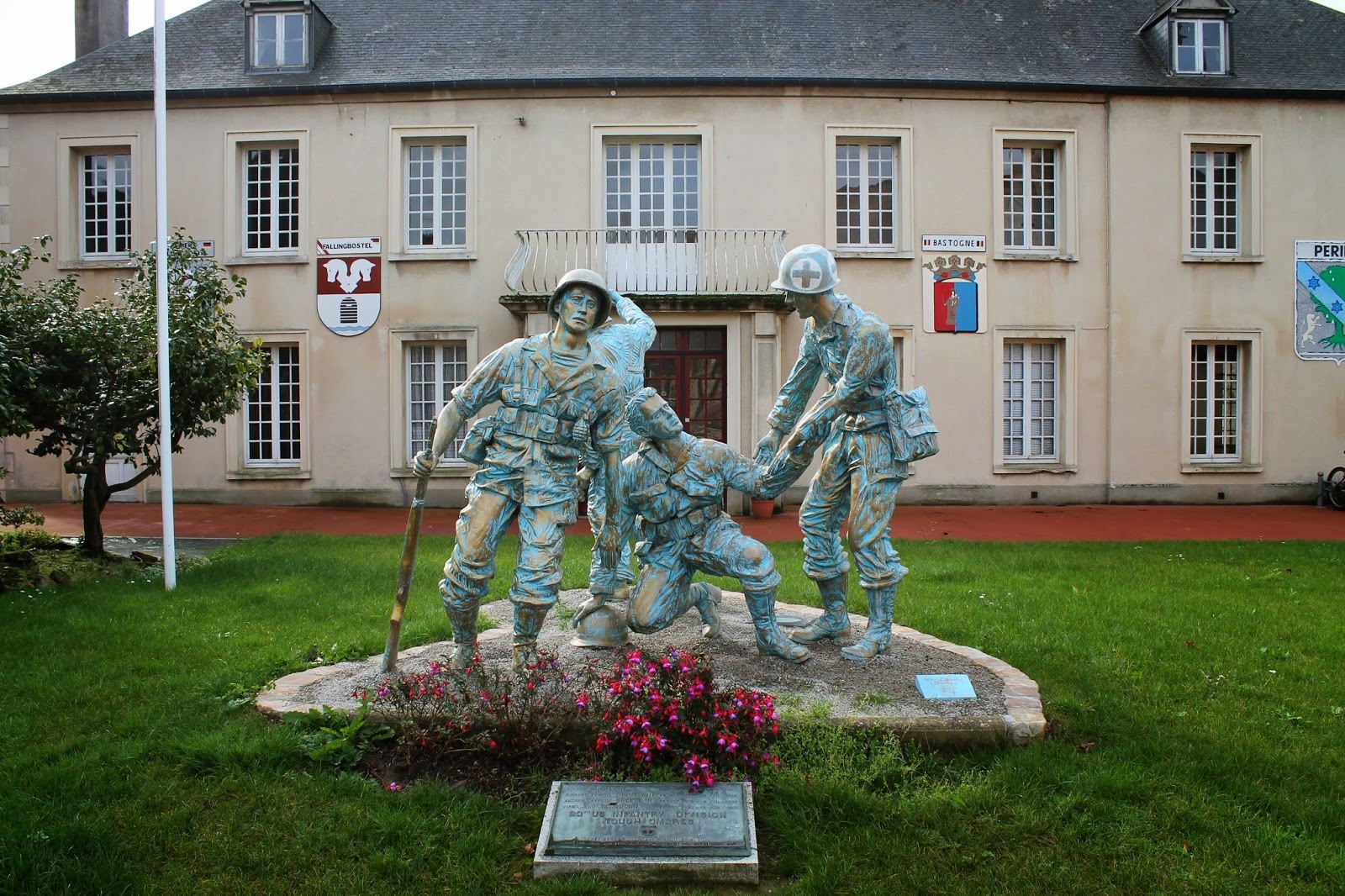