Franklyn Sharpless was born on April 29, 1917 to Samuel and Elizabeth Rhodes Sharpless who lived in Philadelphia, Pennsylvania. Frankyn's family moved to “Lenape Farms” in West Chester which was built by his grandfather. The name Lenape came from the Lenape Indian Tribe which inhabited the area.

Franklyn's ancestor, John Sharpless, arrived in America with William Penn in 1682, who founded the city of Philadelphia.

Franklyn attended the William Penn Charter school which was founded by William Penn in 1689. The school was based on the beliefs of the Religious Society of Friends (Quakers). It was originally located in downtown Philadelphia, but was moved to the East Falls/Germantown area in the 1930’s. It is a K-12, coed school, though it was an all boys school until 1980’s when the Overseers decided to admit girls to all grades. 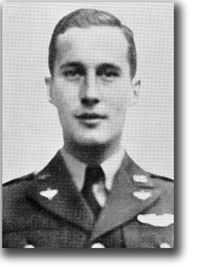 Franklyn graduated from the Penn Charter School in1935. He lettered in football, track and fencing.  As captain of the fencing team Franklyn won the Philadelphia District Novice Epee Tournament. Franklyn was also an active member of the Boy Scouts and achieved their highest rank of Eagle Scout. After graduation, Franklyn attended Williams College in Williamstown, Massachusetts ang graduated in 1939. Williams is a very prestigious liberal arts college, ranked in the top five small colleges in the country. During his time at Williams, Franklyn continued his active membership in the Boy Scouts.  At 17 years old, he became an active leader in the Rover Scouts in Chester County. Franklyn successfully completed the difficult training in Scout Mastership conducted at Gilwell Park, Essex, England.  In 1937, he was awarded the Gilwell Wood Badge, the highest honor within Great Britain’s Imperial Scout Association, and the first American to receive this honor. The award was presented by Lord Baden-Powell, the founder of the Boy Scout Movement.  After Williams, Franklyn attended the Wharton School of Business, leaving after a year to enlist in the Army Air Corps First Lieutenant Franklyn Sharpless, Army Air Forces, was killed in an airplane crash over Thomasville, Georgia, July 1, 1942. He enlisted in September, 1940 before war was declared, and trained at Parks Air College, Saint Louis, Missouri, and took basic training at Gunter Field, Alabama, and advanced training at Maxwell Field, Alabama, where he graduated April 25, 1941, with rank of Second Lieutenant. He served at Langley Field, Virginia, in the Third Observation Squadron, later at Fort Bragg, North Carolina, and was then sent to Camp Davis, North Carolina, to help organize the Eighth Observation Squadron.  He was promoted to First Lieutenant in June, 1942. He was killed on July 1, 1942, while ferrying a pursuit plane from Camp Davis, Georgia to Tallahassee, Florida.  After Franklyn's death, the Sharpless family donated the headquarters for the Chester County Boy Scouts, located at 147 North High Street in West Chester. The building was used until 1966 when they moved to their current location at 504 S. Concord Rd.