Leroy W. Mattis was born in April 3, 1915 to Luther and Mary Mattis who lived in Spring City. Leroy was the third of six children.

Leroy graduated from Spring City High School,where he played on the football and basketball teams. Leroy was known by his nickname “Buzzy”. He was a member of the Spring City 1st Reformed Church.

Leroy married Margaret Lock and obtained employment at the Jacobs Aircraft Company in Pottstown. The factory designed and manufactured small radial aircraft engines, and during the war was licensed to produced Pratt and Whitney Engines.

Leroy entered service in the Army in February, 1944, serving in the 310th Infantry Regiment, 78th Infantry Division. The 78th was originally a training division, a pool for divisions in Europe for combat losses. The 78th deployed to England in October, 1944, then to Le Havre, France on Thanksgiving Day. Leroy’s division then deployed in Belgium for a big push into Germany across the upper Rohr River. Dams on the river had to be taken lest the Germans destroyed them flooding the area and isolating any Allied troops who crossed into enemy territory. Leroy’s Division was assigned to take the key Schwammenaul Dam and the town of Schmidt which guarded it in December. On December 16th, the great German counterattack known as the Battle of the Bulge caused chaos, splitting and isolating units. Two battalions were surrounded and 600 men were captured or killed. The 78th had to retreat to regroup. 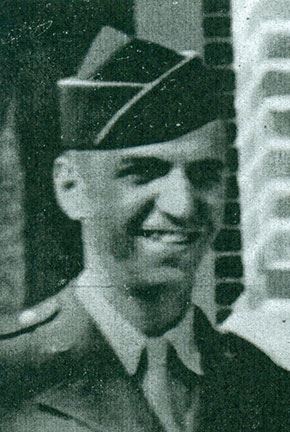 In mid January after the German counter attack was pushed back, the 78th again sought their objective of the Schwammenaul Dam and the town of Schmidt. Leroy’s division was successful in taking both objectives and crossing the Rohr in early March despite heavy casualties. It was during these battles that Leroy died.   Private First Class Leroy W. Mattis was Killed In Action on February 7, 1945 in Belgium. He is buried in the Netherlands American Cemetery in Margraten.  Leroy never saw his son Lee, who was 4 months old at the time of his death.