William P. Lapp was born on April 1, 1911 to George and Ella Lapp who lived in Paoli, Pennsylvania. William was one of seven children.

William attended grammar school then left to work and help the family. He worked as a sales clerk at a grocery store. Later, he worked for a defense plant.

William entered the Army on August 2, 1943. He received training at Camp Rucker, Alabama and was then sent overseas to serve in Company K, 329th Infantry regiment, 35th Infantry Division.

His parents received a letter from William dated July 25, 1944 stating that he had been wounded and was recovering. After he recovered, he was placed on duty guarding German prisoners. Private First Class William P. Lapp was Killed In Action on July 30, 1944, in Normandy France near the town of St. Lo. William was buried at a local military cemetery and in August of 1948 his body was brought home for burial in his home country along with 533 heroes whose remains were returned home to their families aboard the SS Lawrence Victory. Heroes Edward Stott and Charles Garvine were also brought home on this same voyage. Services were held in Malvern on September 4, 1948. Interment followed at the Good Samaritan Cemetery in Paoli. William was awarded the Silver Star for his gallantry. It was presented to his mother by First Lieutenant John L. Adams, commanding officer of the Norristown Recruiting District at a special ceremony at the Valley Forge General Hospital in October, 1946. His citation reads as follows:

“For gallantry in action in the vicinity of St. Lo, Normandy, France July 19, 1944, when enemy fire forced withdrawal of the platoon, Private Lapp and two other enlisted men voluntarily remained at their positions, delivered a heavy volume of fire against hostile machine gunners and riflemen and signaled the remainder of the platoon to continue withdrawal movement. This unselfish action drew intense small arm and machine gun fire from the enemy, which mortally wounded Private Lapp and his companions. In spite of their wounds the men continued to deliver fire until the platoon had successfully withdrawn from its precarious position without further casualties. Private Lapp’s gallantry, his utter disregard for personal safety, and loyalty to his comrades, even at the sacrifice of his own live, was an inspiration to the men of the platoon and reflects its high credit upon his character.”

His brother George also served in the Army during the war. 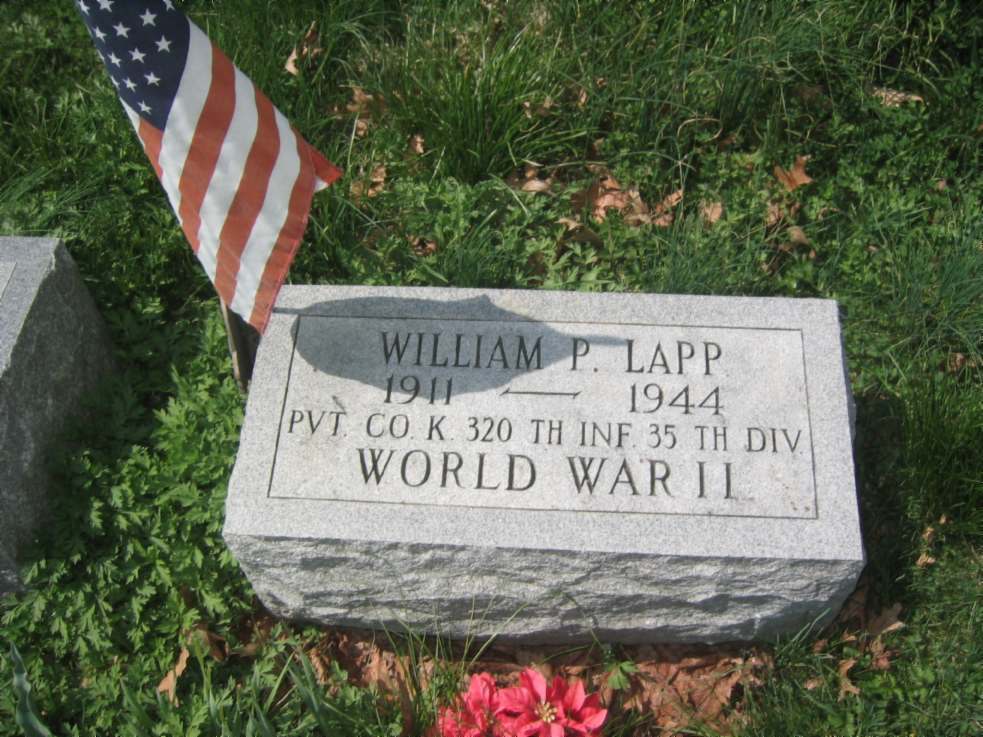