Willard B. Gregg was born on May 31, 1915 to Alban and Florence Ross Gregg of Kennett Square, Pennsylvania. Willard was the third youngest of seven children. Both parents died during 1920.

Willard graduated from Unionville High School in 1933 and afterward married classmate Anita Brown. Willard was employed by the PA Farm Bureau as a truck driver. He was described as a man of character and was well-like in the community.

Willard joined the Army on January 1, 1944. He received training at Camp Blanding, Florida and was then sent overseas where he served in Patton’s Third Army. Willard was wounded three times in close succession and received the Purple Heart with oak leaf clusters.

Private Willard B Gregg was killed in action on November 28, 1944 in Heistern, Germany. He was brought home for burial in December, 1947 and was laid to rest at Union Hill Cemetery in Kennett Square. 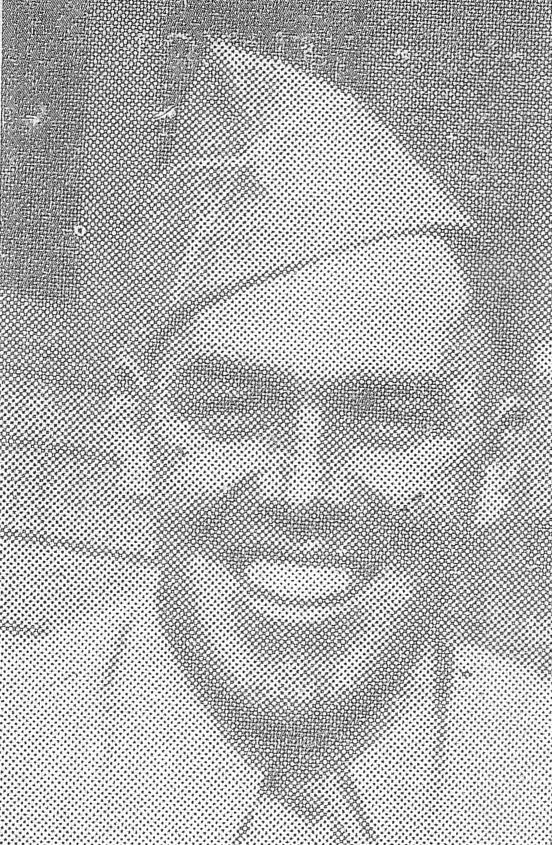 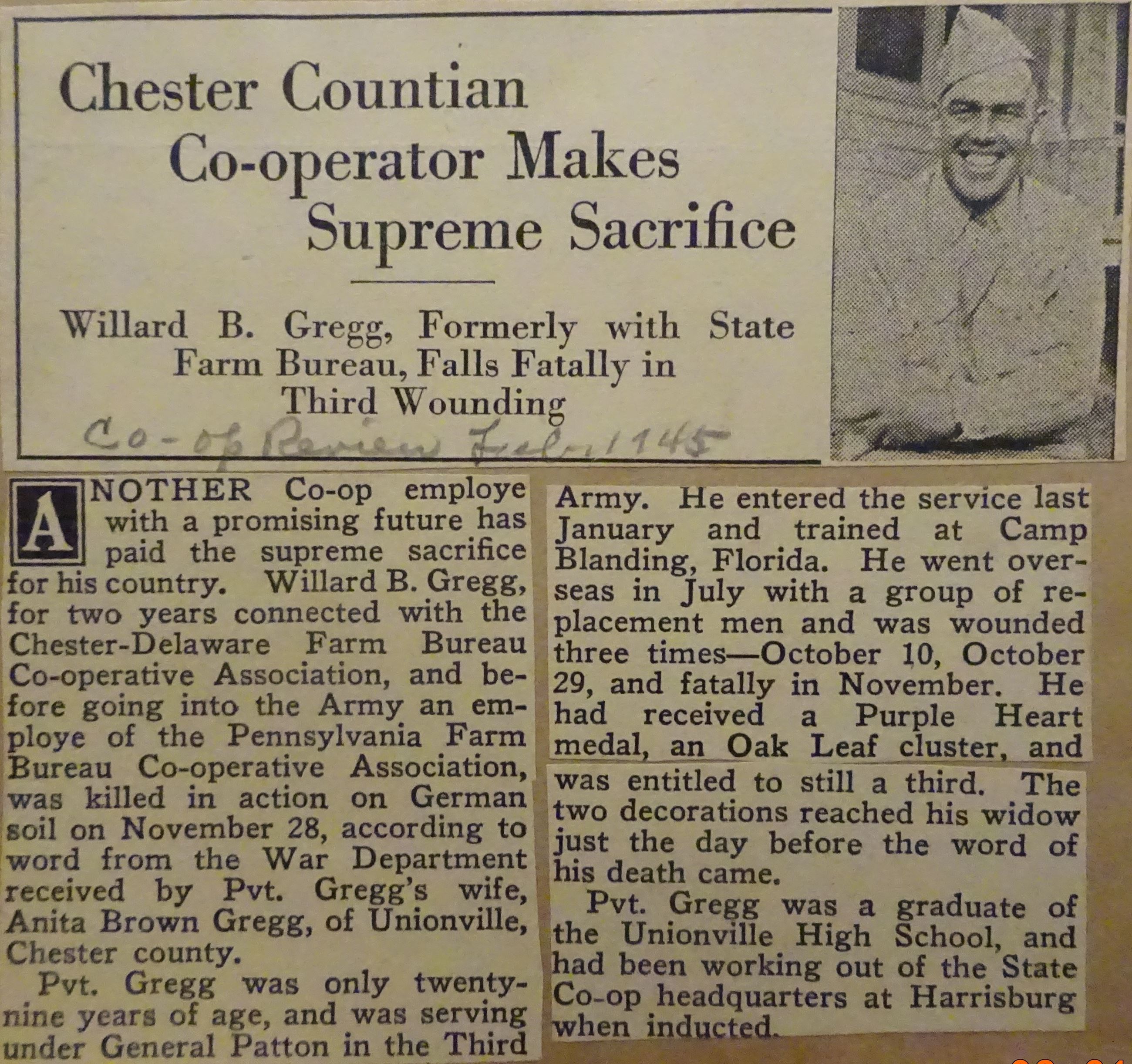 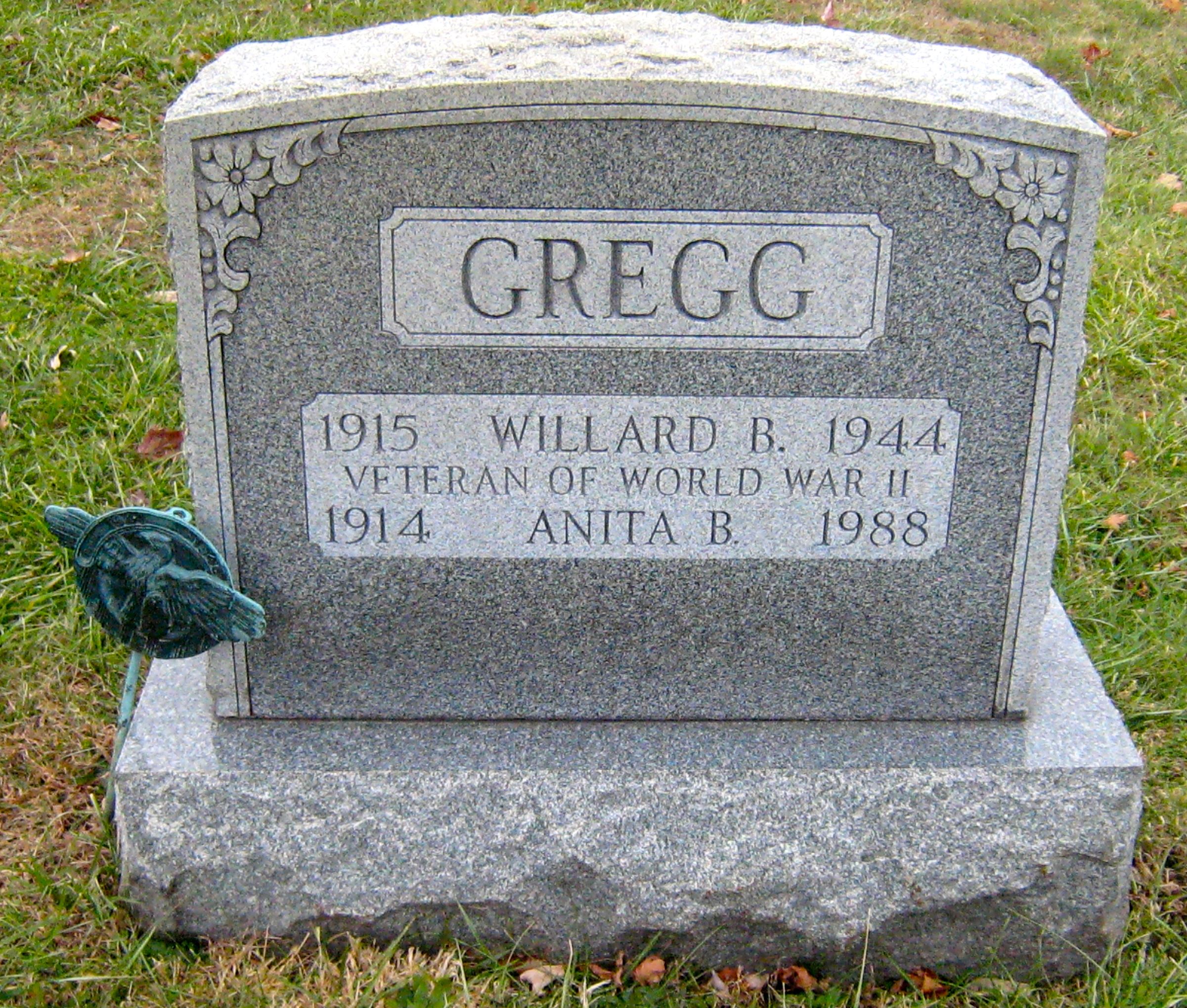