John attended the Church Farm School in Frazer, Pennsylvania, beginning his residence there. He was popularly known as “Mickey” in school, and played forward on the basketball team and tackle on the football team. John was also a sprinter and weight man on the track team. He was said to be the schools best farmer.

John overcame several illnesses in his youth - Measles, Mumps, Chicken Pox, and Scarlet Fever - but successfully recovered from them all. According to the yearbook, he was the portliest and most jovial of his class.

After graduation, John assisted in the dairy program at the school and a few years later obtained employment at Abbott Dairies. 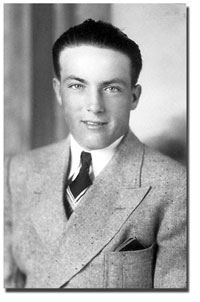 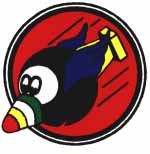 John enlisted in the Army Air Forces on his 22nd birthday, April 28, 1941. He spent a number of months training as an aviation mechanic on B-24 Liberator bombers at MacDill Field in Florida.  After training his unit - 44th Bomb Group, Heavy – ‘The Flying Eight Balls’ - flew antisubmarine patrols in the Caribbean. His group was shipped overseas to England, flying missions against occupied France and Germany. Later his unit was sent to North Africa.

According to the some resources, John Dwyer's unit participated in the air raid on the Ploesti Oil Fields in Romania.

During his service in North Africa, he contracted an unknown disease which caused him to lose 100 pounds. Despite hospitalization, he never recovered. He died on November 11, 1943, Armistice Day.