Tony Duca was born in April 12, 1910 to James and Maria Duca who both immigrated from Italy to raise their family. They lived in Downingtown, Pennsylvania. Tony was the third of nine children. His sister Flavia was the mother of Dominic and James Marinelli who are profiled on this site.

Tony attended Downingtown public schools. He became a member of St. Joseph’s, and a member of the Loyal Order of the Moose. Tony was an outstanding amateur bowler winning numerous trophies. He volunteered as a driver for the local fire department. He was known as a pleasant, easy going guy, and a jokester. He worked at Downingtown Manufacturing Company.

With the nation at war, Tony felt compelled to serve his county, and enlisted in the Army Air Force in August, 1942. He received training in Oregon, Washington, and Florida, as a tail gunner in a B-17.

He was sent to England and then to Depienne, Tunisia serving with the 340th Bomb Squadron, 97th Bomb Group (H), 15th Air Force. His squadron moved to San Giovanni in southern Italy in December, 1942, but the airfield was not well suited for heavy bombers so they moved to Amendola. His plane was a B-17G, distinctive for it’s chin turret. They named the aircraft "Her Done It" with a painting of Betty Grable on the nose.

On February 14, 1944 his squadron flew a mission to bomb the railroad yards at Verona, in northern Italy. When they arrived at the target, they found the yards were obscured with cloud cover and had to abort the mission. Tony’s B-17 was attacked by 12 enemy aircraft, lost two engines and could not keep up with the formation. Tony’s guns jammed after the first plane attacked, and a second enemy fighter realizing this, closed in for the kill. Tony was mortally wounded as well as several other crew members. The pilot was able to glide out of enemy territory towards the Island of Corsica. He ditched the plane just off the coast at Calvi. Two other crew members died, the rest were rescued. Tony’s body was not recovered. The mission to Verona would have been his final mission before furlough.

The family received a telegram form the Department of Defense on March 11th. Staff Sargent Tony Duca was awarded the Purple Heart, in addition to the Air Medal with Oak Leaf Clusters. A Solemn Requiem Mass was observed on March 14 at St. Joseph’s church with a memorial marker at the church's cemetery.

Tony is remembered at the Tablets of the Missing in Action at the Sicily-Rome American Cemetery at Nettuno, Italy. 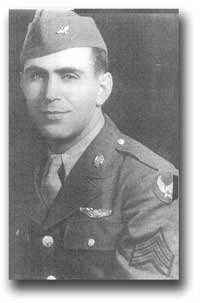 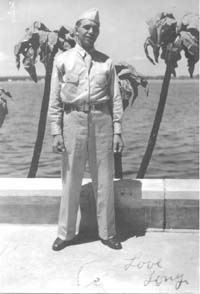 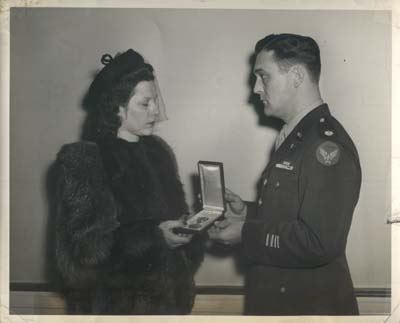 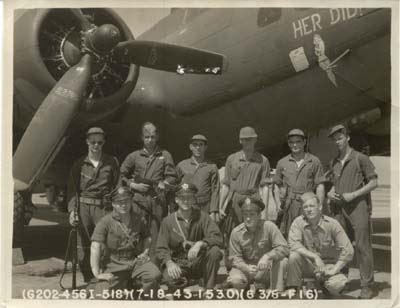