Donald L. Beba was born on September 17, 1924  to Otto and Susan Beba who lived in Cambria County, Pennsylvania. Donald was the oldest of five children. His father emigrated from Germany in 1902 and worked as a motor man in a coal mine

Donald attended two years of high school and then left to find work to help support his family. Donald moved to Coatesville before entering the Army Air Corps on April 2, 1943.

Donald served with the 861st Bomber Squadron 493rd Bomber Group, Heavy which flew missions against occupied Europe from Felixstowe, England. Felixstowe is in Suffolk  on the southeast coast of England. Donald was the nose turret gunner on a B-24 Liberator heavy bomber. he flew his first mission on July 28, 1944, which was the squadron’s 32nd mission.  Donald flew ten missions  before the squadron transitioned to B-27G Flying Fortress heavy bombers where Donald became a waist gunner on a B-17. On December 30th he flew his 30th and final mission (the Squadron’s 100th mission).

After Donald's sister, Patricia passed away Jerry Killian, a researcher, agreed to be caretaker of Donald’ medals. He writes the following: 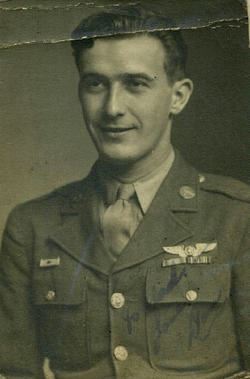 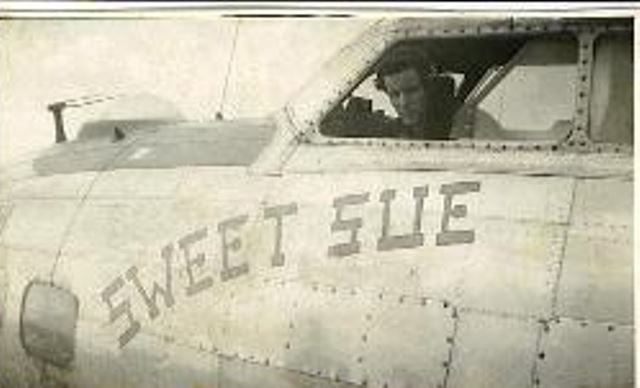 Donald was a waist gunner on the air craft Sweet Sue (pictured left), a B-17 G on a mission to Kassel Serial # 43-38190 for the 861st Squadron, departed from Felixstowe on 30 Dec. 1944. Plane was climbing thru an overcast over the channel at the start of the mission when NO. 1 engine started smoking then blew up in a burst of flames, throwing the cowling off of the engine. The engine was immediately feathered 2 to 3 thousand feet of altitude was lost before plane was under control. Loss of control was due in part to vertigo and loss of gyro horizon which tumbled. During the interphone check which followed, it was discovered that five enlisted men had bailed out during the course of events. It is presumed they had become momentarily panicky at the time of the fire and bailed out thinking the wing was afire. The plane returned to an emergency air strip at Woodbridge, where it was found that the engine had blown the top cylinder head. An extensive search followed, but no one was found. Donald is memorialized on the tablets of the missing at Cambridge American Cemetery & Memorial, Cambridge, England. I am the current caretaker of Donald's Medals. His only living relative, sister Pat, died in 2012.
Donald is remembered on the Tablets of the Missing at Cambridge American Cemetery and Memorial in Cambridge, England.