Thomas G. Baum was born on November 9, 1920 in Phoenixville, Pennsylvania. Thomas was well known as a grid star and as an all around sportsman. During his high school years, his family moved to Cresson, PA, and he graduated from Cresson High School.

Thomas returned to the Phoenixville area after graduation to study drafting at a school in Pottstown.

Thomas enlisted in the Army Air Forces in December, 1941. He graduated from Turner Field, Georgia, receiving his “wings” as an Army Aviator in February, 1943. Previous to his certification, he received training at Georgia Aeronautical Tech, Mississippi Institute of Aeronautics, Sheppard Field, and many other locations. Thomas would write to his parents that he regretted having missed the hunting season back home in Pennsylvania.

Thomas met hero Walter Bevan during training and they became good friends, even though they were assigned to different squadrons. See photos below of Bevan and Baum fishing, along with a military photo. 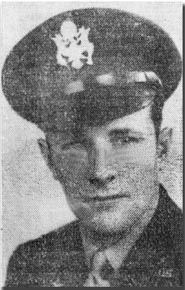 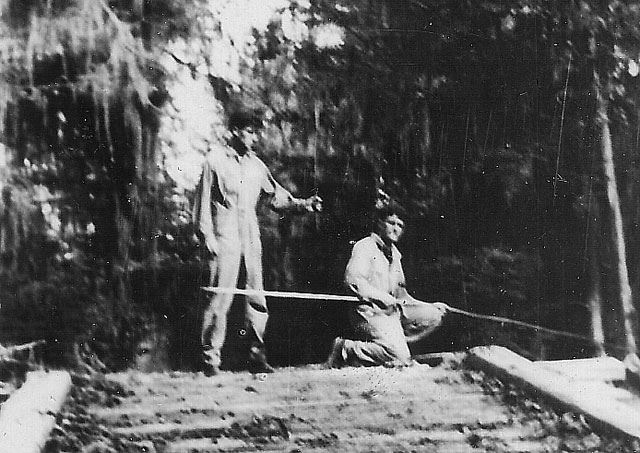 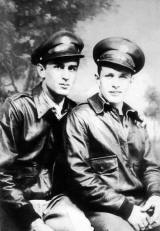 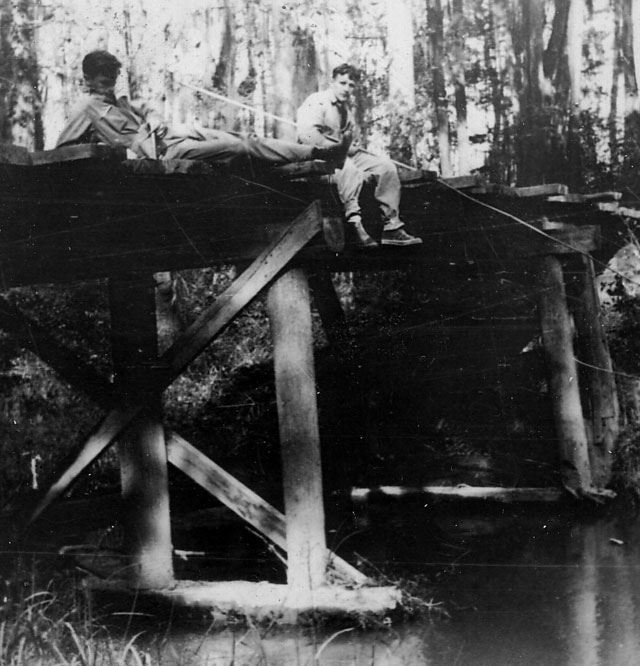 Thomas was assigned to the 389th Bomb Group as a co-pilot of a B-24 Liberator Bomber. The 389th was activated at Monthan Field, Arizona. Thomas and Walter flew their aircraft to England, while their ground crews embarked on the Queen Elizabeth which was converted to a troop transport for the war’s duration. They arrived on July 6th and were stationed at Hethel, England, where they flew their first combat mission on July 9th.

Thomas’s unit was temporarily stationed in  Benghazi, Libya and Massicault, Tunis to fly against enemy targets reached from the Mediterranean. Thomas was a co-pilot and flew a B-24 serial number 42-40722 nicknamed “The Little Gramper”.

The raid is summarized as follows:

At first light on August 1, 1943 a force of 178 B-24 Liberator bombers lifted off dusty airstrips in the Libyan Desert. They were to fly a 2,000-mile round-trip deep into enemy territory, bomb a heavily defended target, and return to their North African base - without fighter escort. So began one of the bloodiest and heroic missions in the annals of aerial warfare. The target - the oil refineries at Ploesti.


One third of Germany's petroleum products were supplied from Ploesti, situated deep in Romania and well beyond the range of allied bombers based in England. Deprived of this vital supply of fuel, Germany's mighty war machine would grind to a halt. The high command was aware of this and the installations at Ploesti were defended accordingly. To attack such a heavily defended target with the required degree of accuracy it was necessary to bomb from a perilously low level, a task for which the B-24 was notoriously unsuited. The mission called for inspired leadership, cool determination and courage beyond the call of duty - and all of these were given in plenty.

As the first wave of bombers roared into the target, some as low as 50 ft, the German defenses opened up with a barrage of fire. Within moments the entire area erupted with exploding bombs, bursting shells, gushing flames and billowing palls of smoke. One by one the gallant crews took their aircraft through the intense wall of Ack-Ack and 88mm ground fire, and into the burning inferno to deliver their deadly cargo.

Of the 178 B-24s dispatched, 52 were lost and all but 35 aircraft suffered damage, one limping home after 14 hours and holed in 365 places. Ploesti witnessed countless acts of heroism, for which the crews received more decorations for bravery than any other mission of the war. 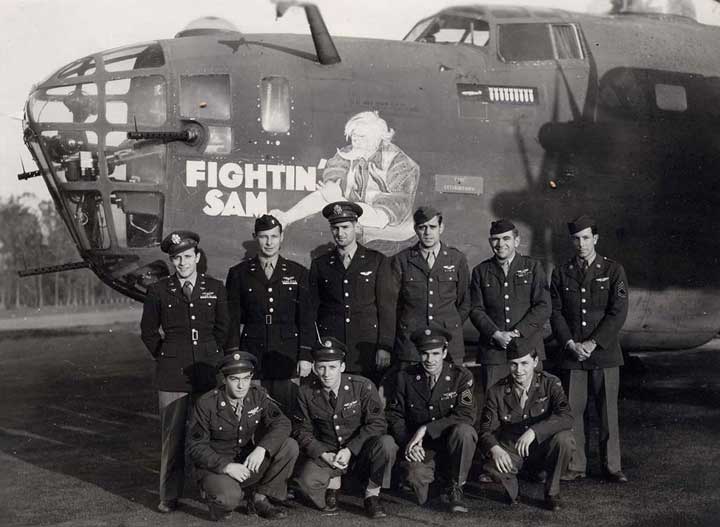 Thomas was awarded the Distinguished Flying Cross, as well as the Air Medal with Oak Leaf Cluster (in lieu of two Air Medals). The Little Gramper later became a featured die cast model from the Franklin Mint because of its role in the Ploesti Raid. These planes were war weary aircraft distinctly painted in bright colors. After Ploesti, the Little Gramper’s pilot, Lt. Dieterle, was promoted to a staff position. Thomas was assigned as co-pilot on the B-24 (#42-40506) nicknamed Fightn’ Sam with Lt. Mason as pilot.
Mason and Thomas Baum flew what would be Thomas' last mission on The Oklahoman. Their mission was to bomb enemy targets at Cognac, France. The Oklahoman suffered a direct hit by flak (antiaircraft shell) over St. Nazarene. Only the pilot, Mason, survived the hit and resultant crash. Flight Officer Thomas G. Baum was Killed In Action on December 5, 1943 over France. 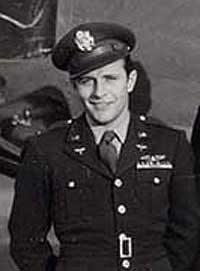