James W. Smith was born on December 5, 1945. He lived in Coatesville, Pennsylvania.  Below is an exerpt from the Coatesville Record dated May 9, 1967:


Another Coatesville man has been killed in Viet Nam.
James Walter Smith, a specialist 4 with the 60th Ordnance Co. in Long Bien, was directing the loading of a truckload of ammunition on Friday when he slipped and was crushed beneath the wheels of the truck.
His widow, Jean Gonsorick Smith, lives in an apartment in her parents' home. The couple was married in October, 1965, just one month before Smith was drafted into the Army.
Mrs. Smith and the soldier's parents, Mr. and Mrs. Vincent A. Smith of Caln, were notified by telegram of James' death at about 8 p.m. on Sunday.
A member of the armed forces on Monday told the family the circumstances of James' death. 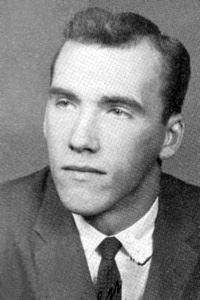 Smith, one of two boys in a family of eight children, was graduated from Scott High School in June, 1964 and worked at Lukens Steel Co. until the call from the Army came. He intended to return to the mechanical department, where he previously worked, following his discharge in November.

Survivors in addition to his parents and wife, are a brother,Lt. Vincent J. Smith of King of Prussia; and sisters Violet, wife of
Thomas Hart, Coatesville; Evelyn, wife of Barry Hadley,Secane, Patricia, wife of Elwood Stringer, Glenmoore; Mrs.Gloria Henry, Sarah Catherine and Sandra Veronica, all at home.

Jame is buried at the Hopewell United Methodist Church Cemetary in Downingtown. 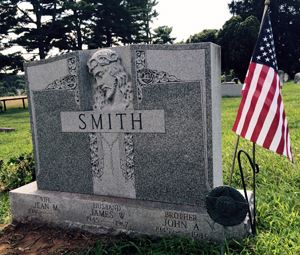