Lawrence James Merschel was born on March 22, 1948 to John and Virginia Lea Merschel who lived in Wayne, Pennsylvania. Larry was one of eight children. His father was an executive for Sun Oil Company.

Larry graduated from Radnor High School in 1966. He was an outstanding athlete and played on both the soccer and basketball teams.

Larry made the All Main Line basketball team in 1966, and was awarded the school’s Forster Award for outstanding spirit, sportsmanship, ability and teamwork.

After graduation, Larry attended Villanova University and joined the Naval Reserve Officers Training, but left school after his second year to enlist in the Army in April, 1966.

Lawrence served with A Company, 1st Battalion, 2nd Brigade of the 101st Airborne Division. He began his tour of duty in Vietnam on February 20, 1968.

In a letter sent home to his father, Larry commented about the irony of him being old enough to fight for his county but could not vote or drink.

"I can't have any say in who runs our government. I can't vote. I'd get arrested and heavily fined if I was caught drinking beer," But here I am - somebody is always getting unfairly treated, so I'll bear the burden with a smile."

Private Lawrence James Merschel was killed on May 1, 1968 by enemy mortar fire near Hue, in the Thua Thien, South Vietnam.

He is buried at the Calvary Cemetery in West Conshohocken.

Larry is my brother. I still miss him. He was a sensitive, introspective young man and I loved him. There will always be a void in our family. The missing piece. I often wonder what he would have done with his life...His casket was closed - but there was no real closure. I often thought he might come to my door and surprise me - that it all was just some horrible mistake... 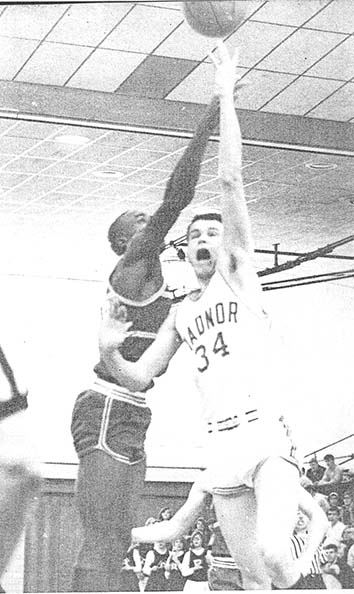