Gary Dwight Jefferis was born on August 11, 1945 and was a 1965 graduate of Great Valley Senior High School.  Prior to entering the service, he was employed by Delong Construction Inc. He was also a member of the Hopewell United Methodist Church. Gary had six siblings.

According to a telegram received by Gary's parents, he died on September 8, 1966 due to injuries sustained in a vehicle accident. On September 6th, 1966, a vehicle in which Gary was a passenger skidded out of control and overturned due to inclement weather. S-4 Jefferis was assigned to the First Air Calvary Division, D Company, 5th Battalion, 7th Calvary. He was drafted in October, 1965 and had been in Vietnam for three weeks prior to his death. He was twenty-four years old at the time of his death. Funeral services were held at the Hopewell Methodist Church and he is buried at Hopewell Methodist Cemetery in Downingtown. 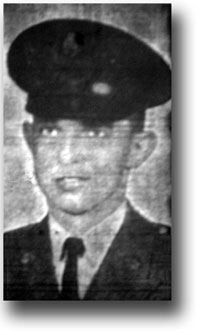